Carlow Live has obtained pictures of an incident in Brownshill Wood last Thursday evening where a man was trapped for a time when the ground gave away beneath him.

Carlow Fire Services, the National Ambulance Service and Gardaí attended the scene of the incident which is believed to have occurred at a house in the estate at around 7pm.

CHECK OUT THE GALLERY OF PICTURES ABOVE 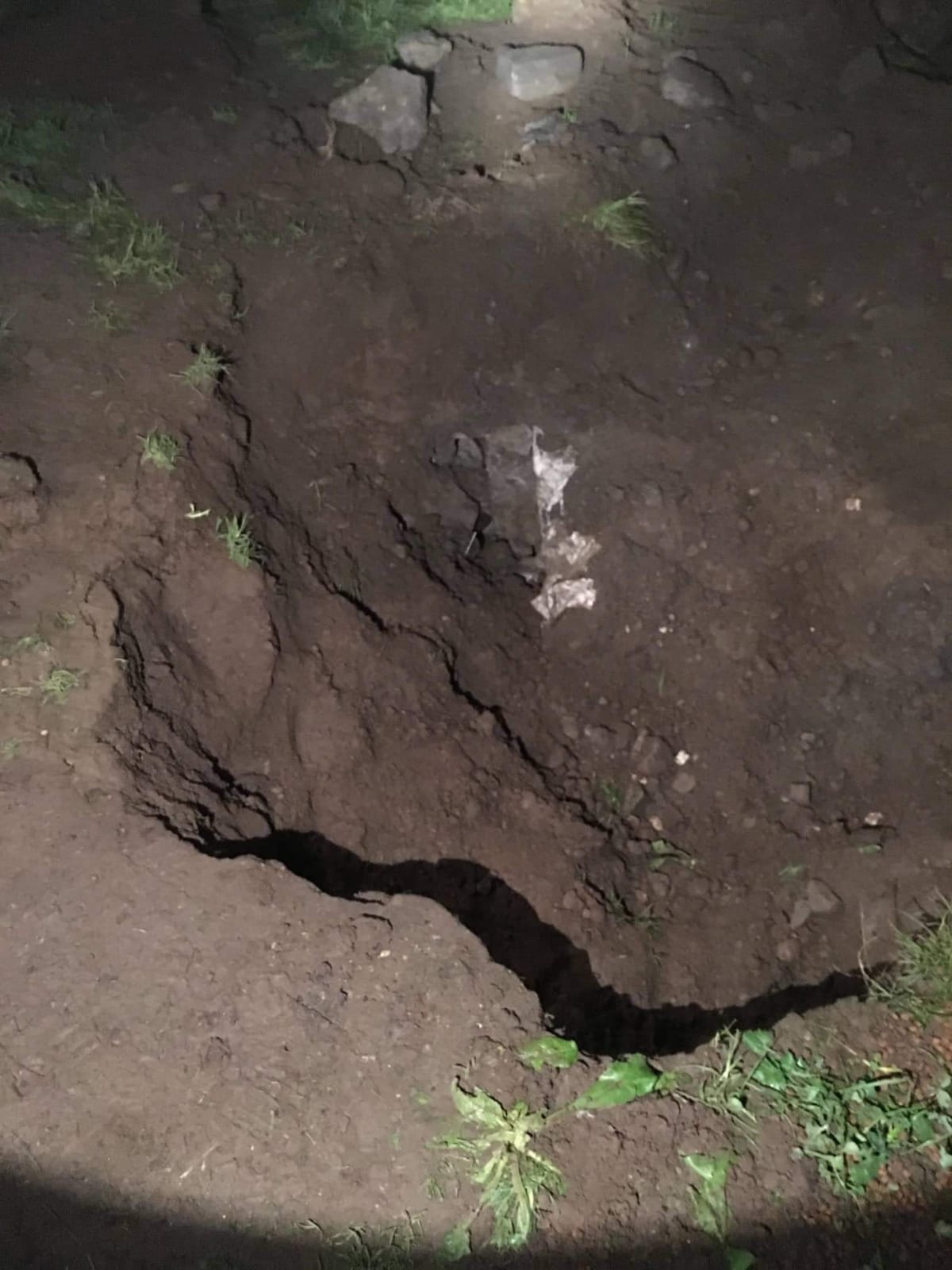 A picture of the subsided ground above

It is understood that several firefighters began to extricate the man by removing the earth around him using hands and shovels.

The National Ambulance Service removed the man to hospital for treatment.