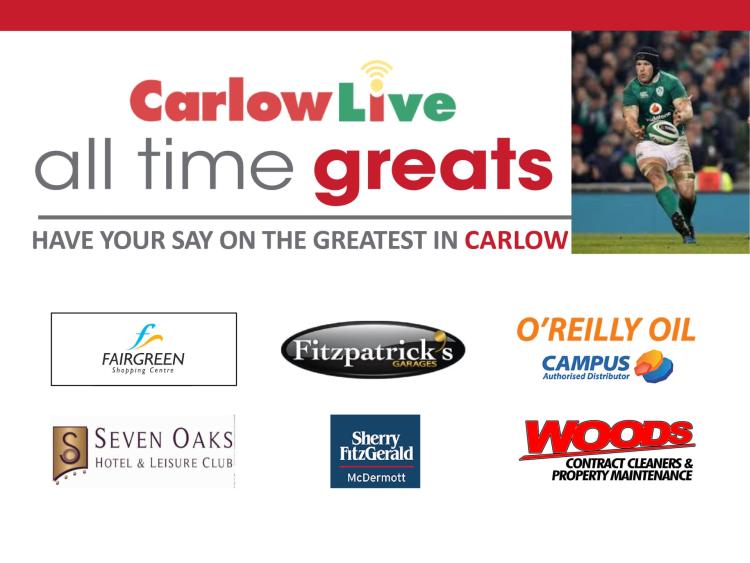 Sean O'Brien is an Irish professional rugby union player and farmer from Carlow who has put the county on the map through his rugby exploits.

The Tullow man was part of the Ireland Under-20 side that won the Grand Slam in 2007 and quickly established himself in the provincial team and the senior Irish set up, and he still plays for both teams to this day.

He went to school in Tullow and went on to play provincial rugby for Leinster. Alongside representing Ireland, Sean has also represented the British and Irish Lions - one of the highest honours for a rugby player.

Sean is affectionately known as the "Tullow Tank" by Irish people and fans all over the world.

Sean also won the coveted ERC European Player of the Year award in 2011.

He has 52 caps for his country.