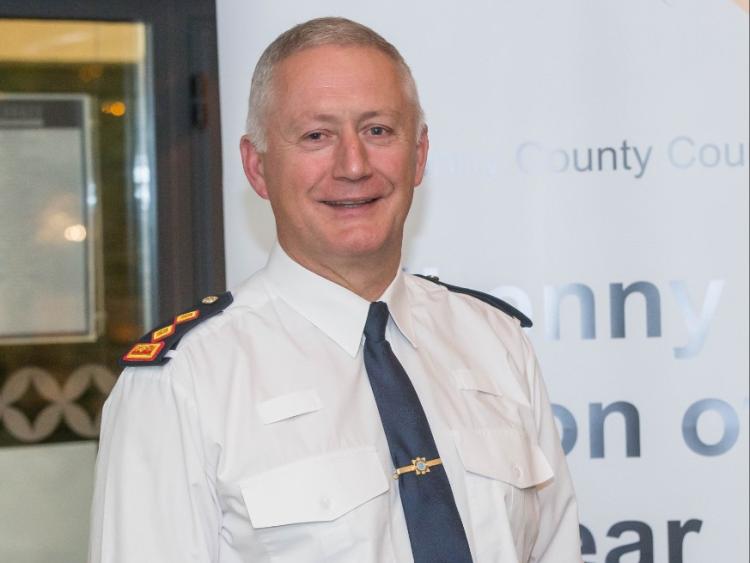 "A very significant and historic day in the policing of the Carlow/Kilkenny Garda Division," was how Gardaí described their first Local Policing Partnership at a launch in Castlecomer on Tuesday.

Chief Superintendent Dominic Hayes and Superintendent Derek Hughes joined Chairperson of the Castlecomer Municipal District Michael McCarthy for the launch, the first of its kind, which highlights the future of policing in Ireland.

The initiative will see local communities and groups have a say in local policing on a formal setting.

Members of An Garda Síochána, local interest groups, elected representative and representatives from the relevant Text Alert areas were in attendance.

The Municipal District of Castlecomer Local Policing Partnership will be a formal structure where An Garda Síochána in association with Kilkenny Local Authority will sit on a collaborative partnership and work together with communities and a cross section of local elected representatives.

"One of the biggest challenges for An Garda Síochána is to deliver the style and type of community policing capable of satisfying the needs of the community in the 21st century.

"Community policing will continue to be the core focus of our efforts.

"As one part of An Garda Síochána’s ongoing commitment to our communities, we will strive to improve the quality of life for people, a Local Policing Partnership will be launched in the Municipal District of Castlecomer,” said Chief Supt Hayes

The Divisional Co-Ordinator of the Local Policing Partnership Model for An Garda Síochána in both Kilkenny and Carlow will be Inspector Anthony Farrell, Kilkenny.

"The Local Policing Partnership is as much a problem solving platform as a listening mechanism to put statutory organisations such as An Garda Síochána and the Local Authority closer to communities to better understand their needs and resolve local issues, locally.

"Together, shoulder to shoulder with our communities we are stronger," said Inspector Farrell.

The Local Policing Partnership is focused on engagement with communities on a local level in an effort to get a better understanding of local community needs.

Together, An Garda Síochána with Kilkenny County Council, through this strategy, will develop another meaningful channel for engagement with communities, enhance community engagements, provide a greater sense of security in the community and also the level of policing service.

In preparing this strategy, extensive consultations took place with communities throughout County Kilkenny.

The overwhelming response was local issues and concerns need local solutions from members working locally with the people.

The focus of efforts will be to continue to maintain public safety and foster greater feelings of safety within communities.  All Garda actions will be grounded on An Garda Síochaná’s six core principles of service, honesty, accountability, respect, professionalism and empathy.

This strategy will never lose sight of An Garda Síochána’s vision for “to be a beacon of 21st century policing and security”.

The Local Policing Partnership will formalize the existing working relations within the community and address communities on matters including crime detection and prevention, anti-social behaviour, victims and traffic.