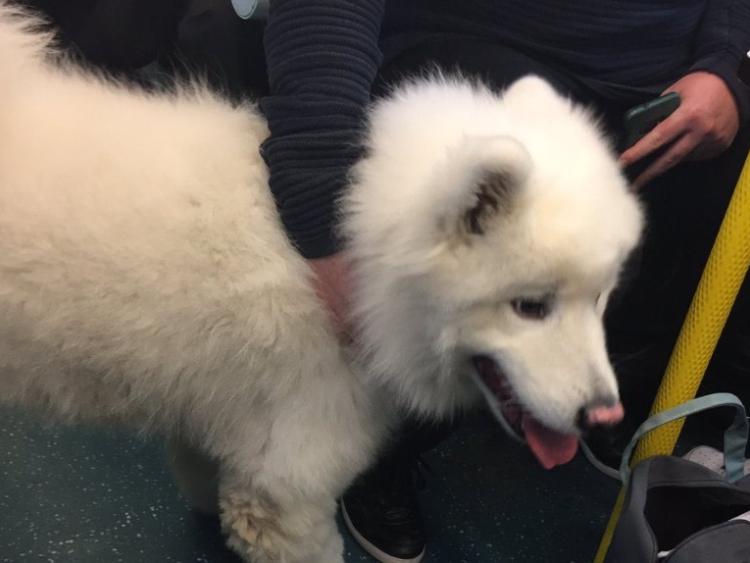 The dog being cared for by a passenger

This dog hopped on the Dublin-bound train in Maynooth early on Tuesday morning. 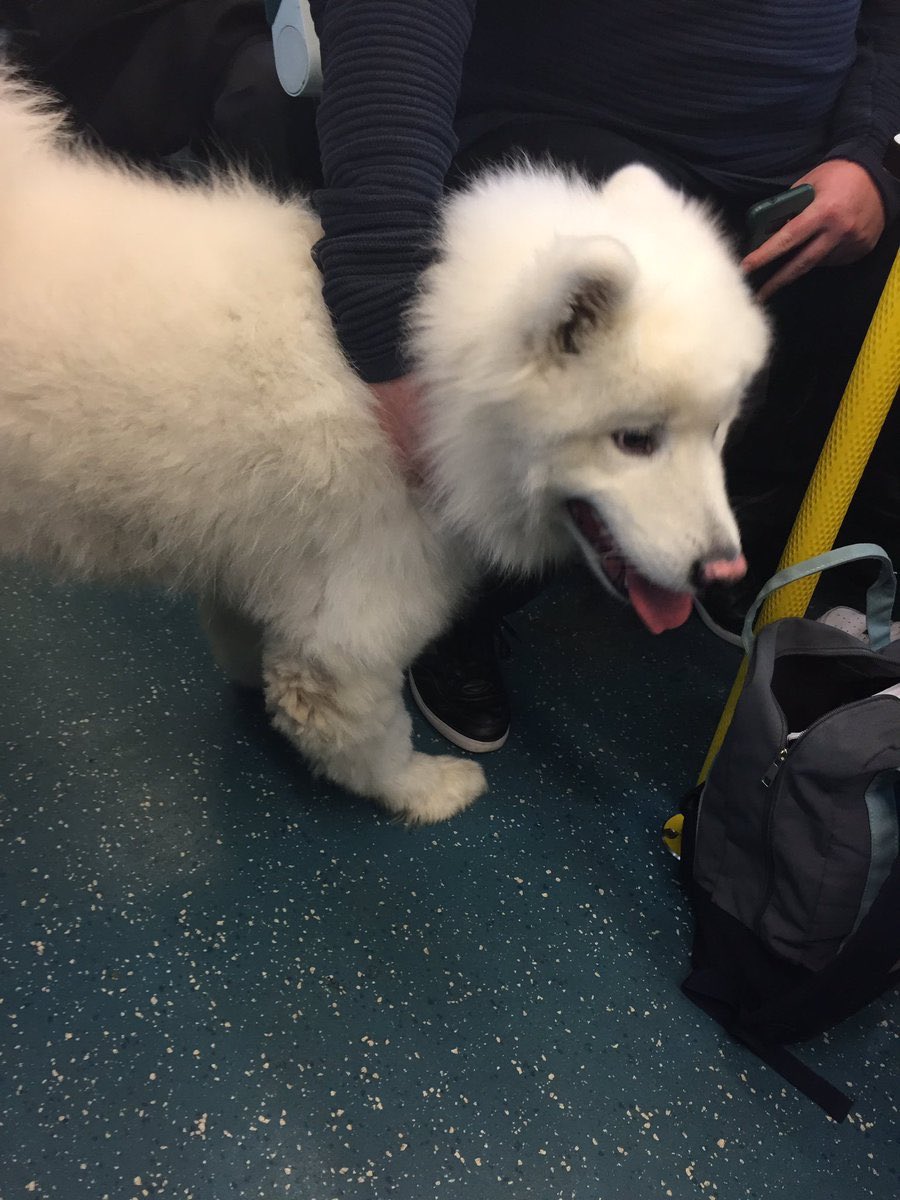 Irish Rail said: "Lots of customers reporting this friendly commuter boarded the train at Maynooth at 7.30am, and is now en route to Dublin Connolly. 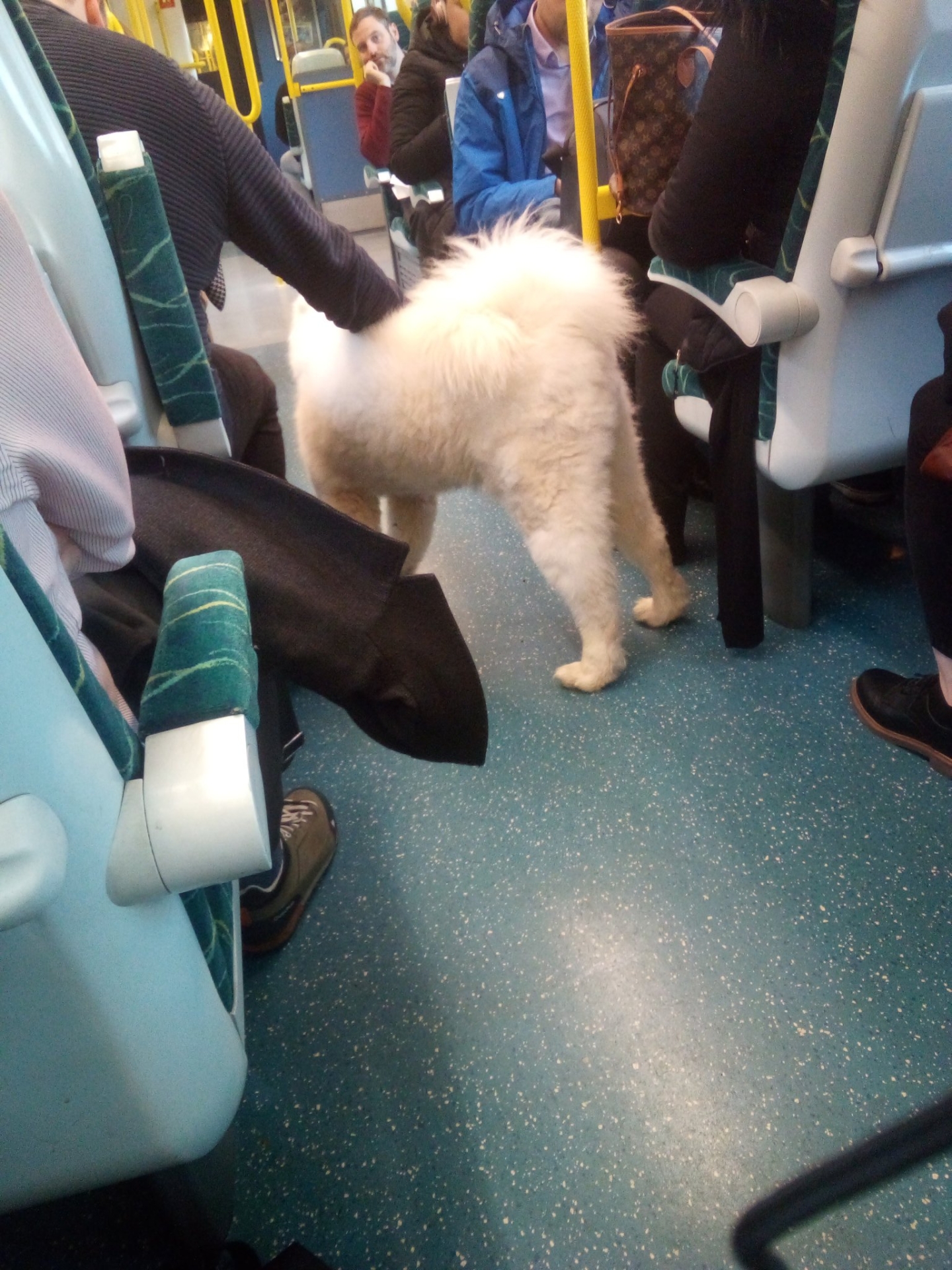 "If you’re living in Maynooth and missing your dog, let us know!"

It's the third dog to travel unaccompanied on an Irish Rail train in the past seven months.

In July, Irish Rail have made an appeal to find the owners of a dog who boarded a train from Newbridge to Heuston Station, was spotted at Newbridge train station this morning.

And in April, Tyson the terrier made national news as the lovable pooch travelled by train from Sallins to Heuston Station.

He was later reunited with his owners!