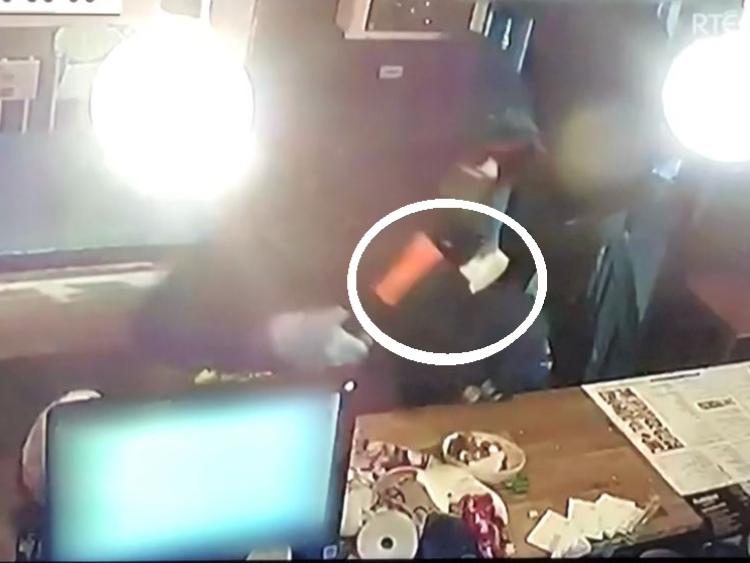 The raider with the hatchet

CCTV images have emerged of a terrifying armed robbery of a takeaway restaurant in Leixlip.

The incident involving a masked man with a hatchet took place in the town on November 10 last at around 9pm. 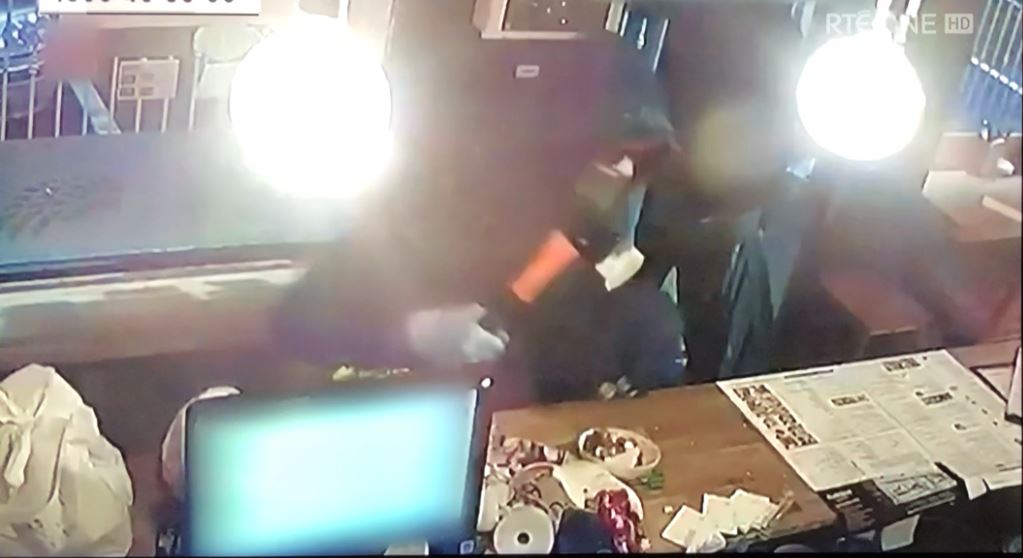 The CCTV footage, which was shown during an appeal on the Crimecall programme on RTE One on Tuesday evening, shows a man, armed with a hatchet, banging on the counter demanding staff to fill a bag with money.

Another man can be seen keeping watch at the front door during the incident.

The two men later fled on foot from the scene.

Gardaí said: “Two masked men entered the premises. The first man is armed with a hatchet and starts demanding money of staff behind the counter.

“The second man keeps watch at the doorway while his accomplice uses the weapon to threaten staff.

“The man then goes a step further and uses his hatchet to smash various items around the counter.

“A bag is handed over and the man grabs a coin tray. Both men then left the scene on foot.

“They were well covered up but Gardaí believe they left in the direction of the River Forest and Ryevale Lawns residential areas.”