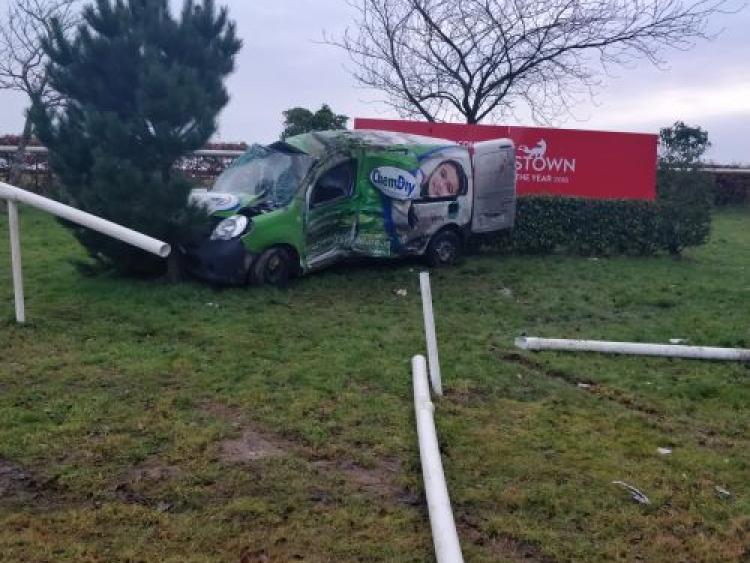 A badly damaged commercial vehicle from this morning's collision. Remarkably, no one sustained serious injuries

Yet another collision occurred on Monday morning at Watchhouse Cross, a junction regularly blighted by motor accidents.

Members of the emergency services attended the scene following a collision which is believed to have occurred at 6.30am- 6.45am.

A commercial vehicle and another car were involved with three fire engines and two ambulances in attendance.

The Watchhouse Cross junction is widely used by motorists travelling from the M9 Kilcullen to Naas road who divert across the back roads through Mullacash via the crossroads and over to the M7 beyond Kill or Ratchoole. 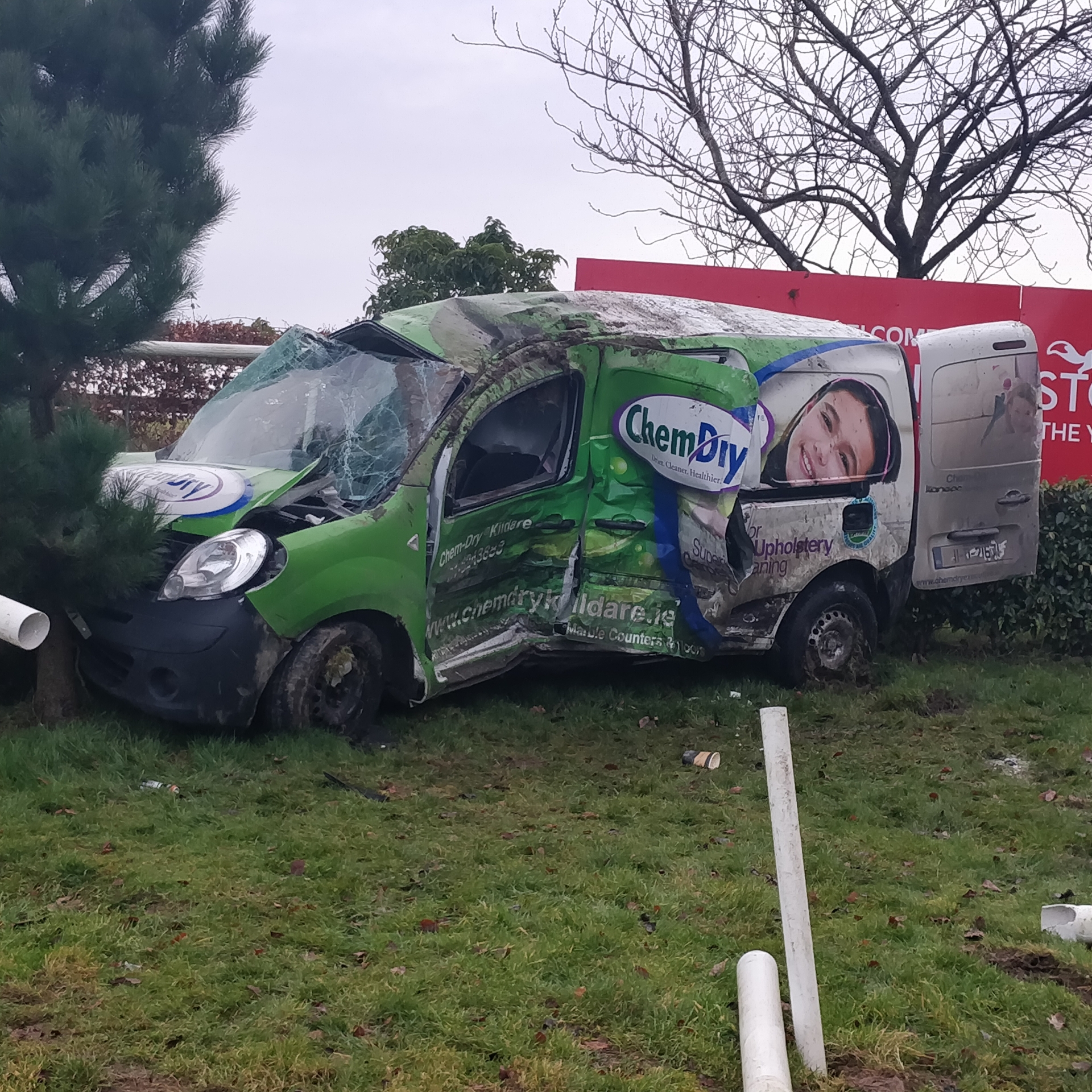 Aubrey McCarthy, who lives next to the junction and co-owns the business, The Elms, stated the number of accidents at the crossroads is becoming ridiculous.

"I have only recently repaired the wall bordering our property and the junction and it's damaged again. It has been knocked at least twice in the past six months, and on average of 3-4 times per annum.

"It's only a matter of time till somebody is seriously injured or worse still, a fatality occurs," she said.