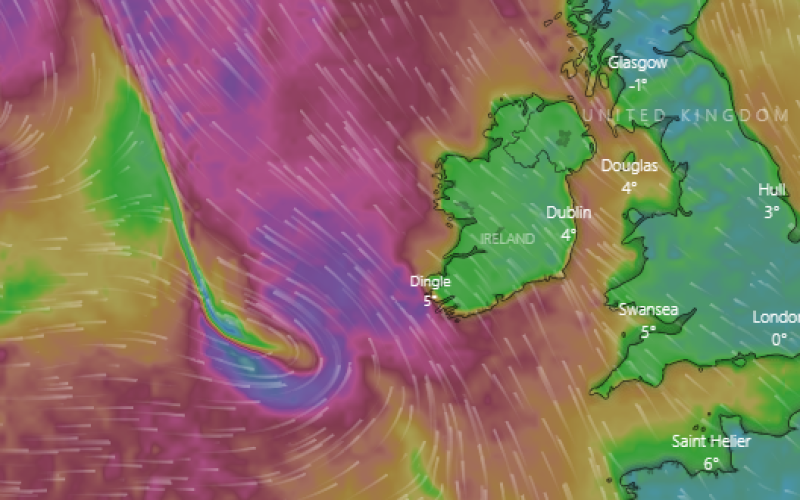 Met Éireann has placed ten counties under a Status Yellow wind and rain warning for much of Tuesday this week with a brutal Atlantic weather system to hit Ireland.

Clare, Cork, Kerry, Limerick, Waterford, Donegal, Galway, Leitrim, Mayo and Sligo were slapped with the warning on Monday morning in advance of the adverse conditions. The warning will be in place from 4am to 3pm on Tuesday, March 8.

Very unsettled week ahead in Carlow and Leinster too with heavy rain and windy conditions at times.

A dry start this morning with some bright spells, the best of which will be in the north of the province. Cloud will continue to build from the south. Staying largely dry for the day with just some patchy drizzle, mainly near southern coasts but becoming breezy as moderate to fresh southeasterly winds develop. Highest temperatures of 5 to 8 degrees.

Turning windy overnight but largely dry initially with some clear spells. Lowest temperatures generally of 0 to 3 degrees with a touch of frost in places. Milder in southern parts with patchy light rain and drizzle pushing northwards and southeasterly winds will increase fresh to strong and gusty.

Becoming wet and windy through the night as a further spell of rain pushes in the southwest, extending across the country through the night. The rain will be heaviest with a chance of spot flooding over the western half of the country, where it may turn wintry for a time, especially over high ground. Southerly winds will increase fresh to strong and gusty. Lowest temperatures of 0 to 4 degrees but turning milder with the arrival of the rain.

Wet and windy at first with fresh to strong and gusty southerly winds and widespread heavy rain bringing a further chance of spot flooding. Some falls of sleet too, especially ahead of drier, brighter and colder conditions, along with moderating northwesterly winds, which will move into the west and southwest during the morning, extending eastwards as the rain clears into the Irish Sea by early evening. Afternoon highest temperatures will generally range between 5 and 9 degrees.

Largely dry with mostly clear skies to start but cloud will build from the west overnight. Mostly light westerly winds will back southerly and increase moderate to fresh by morning. Cold with lowest temperatures of -3 to +1 degrees generally with frost developing.

Becoming breezy through the morning and afternoon as fresh and gusty south to southeast winds develop. Mild, cloudy and mostly dry for daylight hours but there will be patchy rain and drizzle at times, mainly in southern and western areas. Highest temperatures of 8 to 10 degrees.

Later in the evening, a band of rain will move in from the west, tracking eastwards through the night with some heavy falls and clearing to showers over the western half of the country by morning. Milder than previous nights with temperatures not falling below 6 to 8 degrees.

The last of the overnight rain will clear from the east early in the morning to leave a day of sunny spells and showers. The showers will be heavy or thundery at times with possible hail. Highest temperatures of 9 to 12 degrees in moderate, occasionally fresh, southwesterly winds.

Attempt underway to get Carlow student out of Ukraine 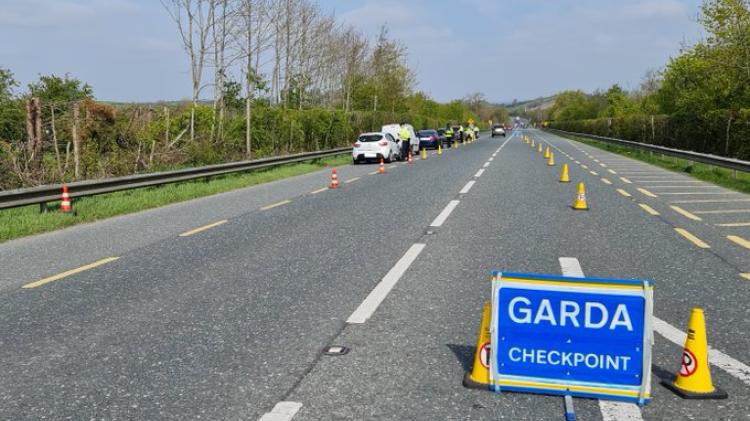