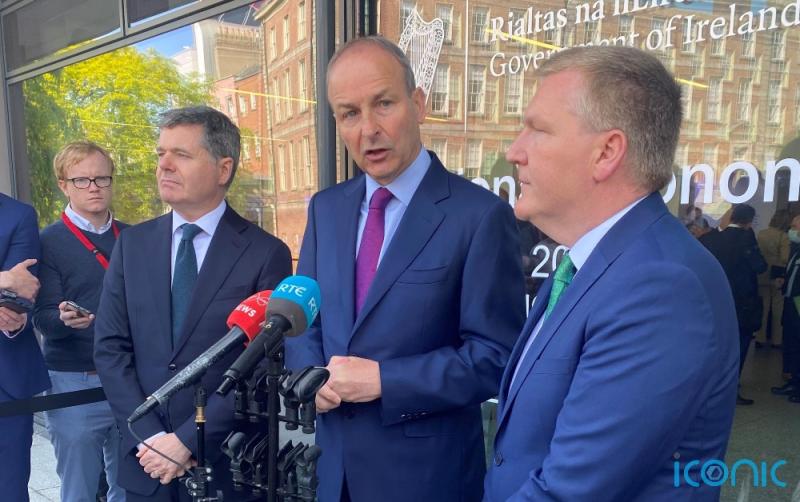 As part of a plan to cut costs for families, the Government is to prioritise childcare fees in the next budget.

Taoiseach Micheál Martin said it is the objective of government to look at the affordability issues of childcare.

The Government is looking at different ways to slash costs for householders in Carlow and across Ireland as parts of its cost-of-living budget in October.

It has so far resisted calls to bring in an emergency budget, with Mr Martin saying they cannot chase inflation on a month-to-month basis.

Mr Martin did not provide details on how the Government plans to cut childcare costs, saying only that decisions will be made within the fiscal framework.

Speaking at the National Economic Dialogue at Dublin Castle, Mr Martin said: “The budget isn’t going to be announced today and I don’t mean that in any sort of facetious way. Childcare is a big issue.

“It’s a very significant cost pressure on families and we’re going to look at that.

“Last year, we took significant measures around giving resources to (Children’s) Minister (Roderic) O’Gorman to work with the partners in childcare around pay and conditions and to create meaningful career pathways for people working in childcare.

“We’re very clear across government that the next budget has to look at affordability issues in childcare.

“So that certainly is an issue that will merit consideration.

“That is the objective of government. We have to do it, obviously, within the fiscal framework.”

Mr Martin said the budget plans will be “comprehensive” and need to be sustainable over a longer period of time.

“We can’t chase inflation in a simplistic way, we do not want to repeat the mistakes in the 1970s when we had a decade of rampant inflation, which really damaged disposable income and the economy at that time,” Mr Martin added.

“We want to do this in a detailed, in an evidence-based way, with significant work and look at how we can bring costs down. The forthcoming budget will be a cost-of-living budget and what we do has to be comprehensive, has to be sustainable over a longer period of time than just going from a month-to-month situation.

“We’ve already brought in measures. There is no doubt people are under enormous pressure because of what is happening, but what we have to do is in the context of the budget, is to reduce the pressure on people but do it in a way that’s comprehensive, that’s sustainable, and that will be applicable this year.

“That can give relief to people in terms of the pressures that they’re currently facing.”

He said the Government will consider recommendations from a number of advisory and research bodies, including the Economic and Social Research Institute (ESRI).

The Fianna Fail leader said everything will be assessed on an evidence-based approach.

Asked if the Government will consider a new rainy day fund, Mr Martin said he will assess the idea in the lead up to the budget.

“A month-to-month approach is not ideal but we understand the pressures. But we’ve got to accept that the winter period could be the most significant period of this crisis so far,” he added.

“Therefore we’ve got to make sure that we have enough in reserve to deal with that and to keep the pressure off to make sure people have some quality of life and get through the winter period.

“That’s why we’re being particularly focused on the idea that whatever we do has to be sustainable.”