Leonardo DiCaprio says Don't Look Up is an 'important' film 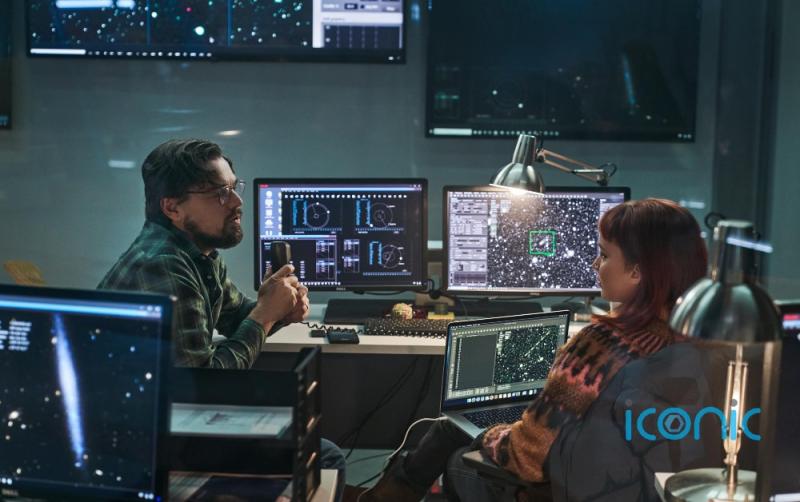 Leonardo DiCaprio says Don't Look Up is an 'important' film

Hollywood star Leonardo DiCaprio has praised the director of Don’t Look Up for “cracking the code with the narrative”.

Written and directed by The Big Short’s Adam McKay, the film offers a satirical look at the climate change crisis and misinformation.

It stars DiCaprio and Jennifer Lawrence as astronomers whose warnings of a comet heading directly towards Earth are not taken seriously.

Speaking at a press conference ahead of the film’s release, DiCaprio said: “I’ve been looking for a movie that was about this subject for decades now. This is an issue where everyone feels ultimately like what kind of difference can we make?

“What can we contribute to this cause? And Adam really cracked the code with this, with this narrative.

“There’s so many comparisons that we can make to the climate crisis with this storyline. As a whole, I think it’s probably the most important issue all of us could be talking about on a regular basis.

“It takes artists like this to change the narrative, to create conversation, and it’s just an honour to be a part of it.”

DiCaprio, 47, is a passionate climate change campaigner and has previously worked on a number of documentaries about animal poaching and the environment.

In 2014 he was appointed a United Nations representative on climate change and in November this year he made an appearance at Cop26, meeting fellow environmental campaigners the Prince of Wales and designer Stella McCartney.

The actor, who plays Dr Randall Mindy in Don’t Look Up, said he hopes the Netflix film helps scientists be heard.

He said: “Adam created this film, which was about the climate crisis, but he created a sense of urgency with it by making it about a comet that’s gonna hit Earth within six months’ time and how science has become politicised.

“I was just thankful to play a character who is solely based on so many of the people that I’ve met from the scientific community and, in particular, climate scientists who’ve been trying to communicate the urgency of this issue and feeling like they’re subjected to the last page on the newspaper.

“I love the way he portrayed these two different characters. One that is incredibly outspoken, like a Greta Thunberg type of character in Jen’s (Lawrence’s), and mine that is trying to play within the system.

“But I also love the way he was just incredibly truthful about how we’re so immensely distracted from the truth nowadays. And then, of course, Covid hit and there was a whole new scientific argument going on there.

“It’s just such an important film to be a part of at this particular time.”

Lawrence, who plays astronomy student Kate Dibiasky, said: “I think Leo said it perfectly. It’s just so sad and frustrating to watch people who have dedicated their lives to learning the truth be turned away because people don’t like what the truth has to say.”

The film marks DiCaprio’s first screen appearance since Quentin Tarantino’s Once Upon A Time In… Hollywood in 2019, while Lawrence has not starred in a movie since the X-Men instalment Dark Phoenix the same year.

It was released in cinemas on December 10 but began streaming on Netflix from December 24.