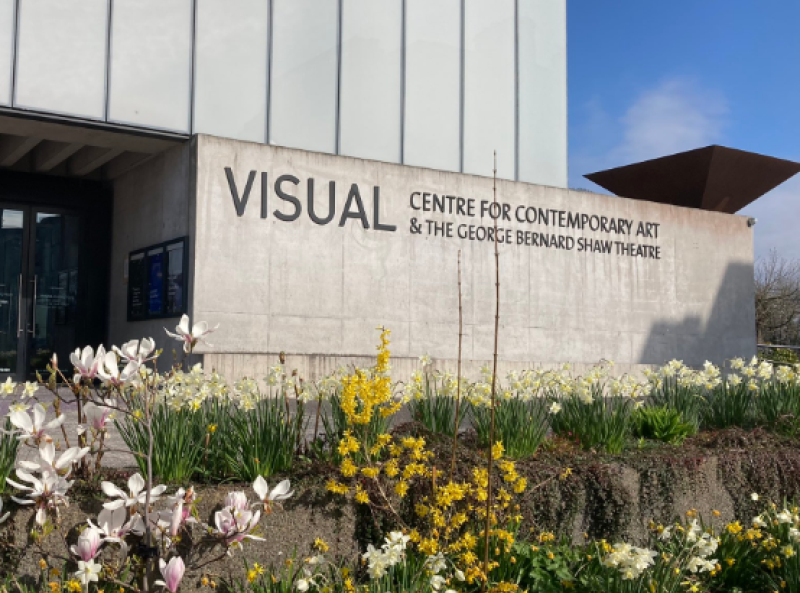 Classics Irish play, Juno and the Paycock, will be performing in the Visual Carlow from Thursday June 2 to Saturday June 4

Following an absence of nearly three years due to the Covid-19 pandemic, Carlow Little Theatre are back in the George Bernard Shaw (GBS) theatre this June Bank Holiday weekend with a classic Irish play from sharp-witted playwright Seán O'Casey.

Juno and the Paycock, the tragic comedy set in the slums of Dublin during the Irish civil war between 1922 and 1923, follows the highs and lows of tenement life through the impoverished Boyle family who are about to receive a large inheritance, but things aren't all what they seem.

Director Mark Craddock spoke of how fitting it was to do this production as they're comeback show, considering the deep history it has within the group.

"It's the first time we'll go into the George Bernard Shaw theatre since Covid hit and it's the first full length production.

"It's a pretty big production and there's a lot of history in the group with this particular play, I think it was the third play we ever put on way back in the 40s and we have big productions of it every 15 years or so and it's very much tied in to the history of the group.

"When we did readings for the casting earlier this year, there were people who spoke about this play and how they're parents were in it before, so there's a great family connection and a lot of memories in the group with this play.

"It has such terrific Irish history in it, very Shakespearean with its breadth of plot, but also a great comedy with great Dublin wit and great tragedy as well of course, being an Irish play.

"It's usually very popular with the audience and we love doing it as a group and we thought it would be a really fitting play as our first one to do in the GBS in 2022 and coming out of Covid."

The cast, which features some well known faces of the society but also a lot of enthusiastic newcomers, have been rehearsing tirelessly since March, but it hasn't been without its issues that many have become used to since the pandemic started.

"Rehearsals are getting there, I think everybody was delighted to get out and be back, but going to the readings back in March, it was the first time people had kind of got back into a group situation again", said Mark.

"We've had some disruptions due to Covid and had to have one of the readings on Zoom, just like many other organisations have had, but we're getting there. We're just over a week away from the production and we're in good shape, and the rehearsals have gone well.

"I think we have really enjoyed it and enjoyed being in each others company as well as meeting new faces, that was a big social element to the group as well as trying to put on a good show, we just try to enjoy ourselves and make new friends.

"We probably all got institutionalised with having to stay at home, and just seeing the same circle of people, so expanding that to seeing people you might not have seen in a few years especially in Carlow Little Theatre, you might not have seen people in 10 years but you would have done a play with them maybe 20 years ago, you can pick up that friendship very easily again, it's like a warm handshake.

"People have been in the group 50/60 years it's extraordinary, it really does create that sense of community that we all need.

"The benefit of people getting out there again and meeting and doing rehearsals, everything from costume to set, it's helped in ways we probably didn't realise psychologically."

This will be Mark's first time directing a feature length play, having already directed one acts and smaller pieces in the past, taking on such a classic as an O'Casey play was not only a privilege says Mark, but also an education.

"This is my first time directing a full length production, and to jump straight in to Juno and the Paycock, a classic Irish play, is such a great privilege.

"When you get given a project for directing, you have to stick your head into it and educate yourself and learn about it and I've really enjoyed learning about Sean O'Casey and the history of the play and how it very much saved the Abbey Theatre when it was first performed and how they really needed a money spinner, and then this unknown Irish playwright Sean O'Casey, managed to bring in the crowds and the publicity.

"We've all really enjoyed learning about it and certain lines in the play, you'd ask "well what's that about?", and then we would learn about it, talk about it, and you realise the deep history that it's touching on, so it's really interesting from an educational point of view, there are great lines in it, great wit in it so it's been such a delight to do this play in the GBS and a great honour."

President of Carlow Little Theatre Paul McManus, also shared his excitement of being back in the George Bernard Shaw along with his trepidation of getting the balance right.

"We came back last year with an outdoor Shakespeare show that we did in the Delta Centre, then we did a one act in the the Seven Oaks in October, so that was always the intention, that we should do it step by step, with the last step getting back into the theatre, and we're finally back now, the first time since October 2019, It's very exciting.

"We could have booked something last year, but we decided not to take that risk which proved to be very prudent in the end, we had seen other groups and cast members falling sick and productions that couldn't go ahead, we were very cautious whilst trying to be proactive.

"As much as we all wanted to get back, we also had to consider the audience and what they would be comfortable with."

Speaking of the tied history Juno and Paycock has with the society, Paul said the group is, unsurprisingly, in flying form ahead of next weeks opening night.

"Over the years there have been various plays of Juno, I think this is the fourth time and it's the first time we're doing it in a big theatre.

"Rehearsals are going well, we have a had a few set backs as rehearsals do all the time.

"It's a big cast with a lot of newcomers, and a lot of people who have never performed in the GBS as well, although they might have done other productions, so it's been very very different from previous productions we're done, but they're flying.

"We're in that stage where everyone's putting the hours in and it's coming along very nicely."

Juno and the Paycock will be performing in the Visual Carlow from Thursday June 2 to Saturday June 4.

Tickets are €21 and are selling fast, so book here to avoid disappointment.

This is one show you will not want to miss!