Council accused of 'dragging their heels' on Carlow Town Plan 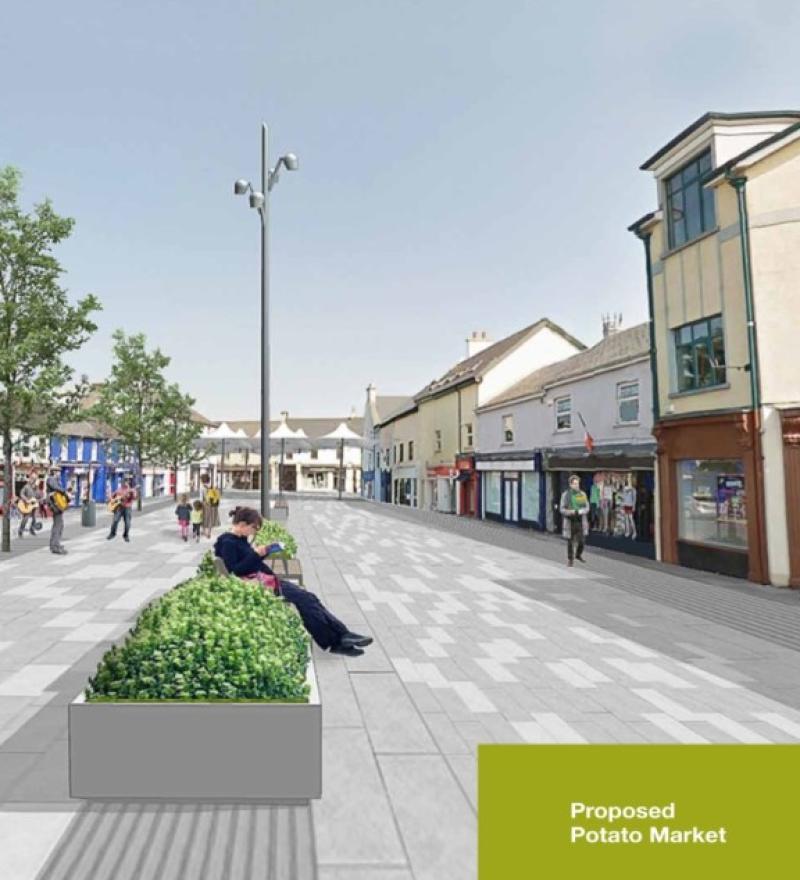 Proposals for pedestrianisation of Potato Market

The 'My Carlow' public realm plan must come before members of the Carlow Municipal District before it goes to the full Council as the local authority is accused of “dragging its heels”.

Cllr Ken Murnane proposed the motion as he did not believe decisions on the plan should go to the full Council and it should only go there from the Carlow MD and this was seconded by Cllr Fintan Phelan and passed.

Cllr Murnane made the remarks at the July meeting of the MD when a range of councillors commented on the proposals.

Cllr Phelan said they have been calling for funding for the plan for the last four years and the Council have been “dragging their heels”.

He said there is a rush on now for funding in September and he added: “Tullow Street one-way won't work and pedestrianising Potato Market is absolutely crazy. There has been no change to the plan since draft one last November. Where's draft two? It is not good enough.”

Read also: Updates to 'My Carlow' plan cannot be allowed to slow the process, says Chamber

Clr Andrea Dalton said people were energised by the plan and it was “still only a draft plan” and it is important to take into account the concerns of traders.

Cllr Phelan replied that the funding deadline was the end of September and Director of Services, Eamon Brophy, replied that that deadline is for shovel ready projects and this project hasn't “even got Part 8 or anywhere near Part 8”.

Meanwhile Mr Brophy informed members that the interview board for the two-year contract position of Town Co-Ordinator had not recommended any of the applicants.

The position is now extended to a three year contract with the role changed to Economic Development Officer on a Grade 6 salary of approximately €45,000.

Cllr John Cassin asked if this was “diluting down the town centre role” and the cost of the extra year's salary he said meant the “budget is down €45,000 before we even start”.

Mr Brophy said the position was changed to get a greater field of applicants and that staffing matters were for the chief executive.

Cllr Cassin added that the local authority were “squabbling over small stuff but can come up with €45,000 just like that”.

Cllr Walter Lacey said the local authority had put a “non-statutory process out to the public and this was a generous decision”.

“The formal Part 8 needs to go out with changes based on submissions and the meeting in the Dolmen Hotel.”

Cllr Fintan Phelan accused Cllr Lacey of a “laissez faire approach” and that the state of Tullow Street – five years on – and the surface is still not done, he said.

The Council are “sleep walking by”, Cllr Phelan said.

“We were told the Village renewal funding was not available as Carlow Town was too big. The Town Centre funding is being made available and Carlow County Council isn't ready,” he added.

Cllr Lacey replied that he had “never been blasé with an issue”.