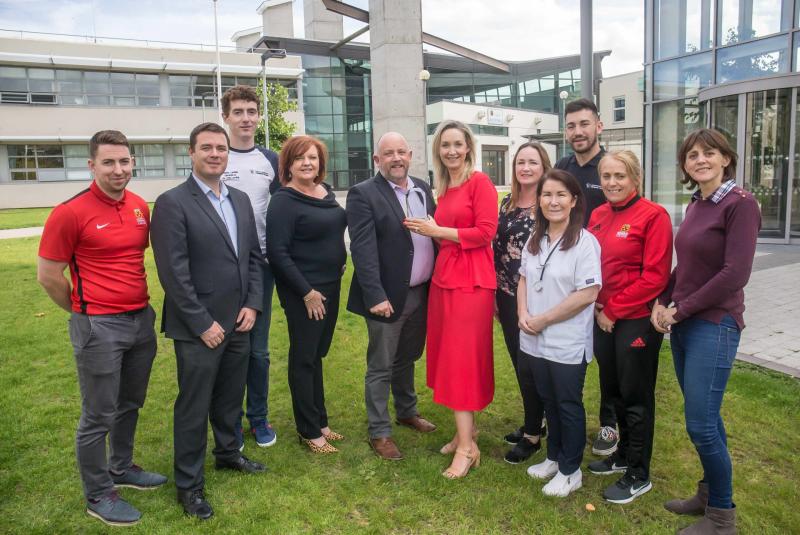 Well done to those involved

A creative and impactful “Smoke Less Campus” initiative, introduced by Carlow IT earlier this year across its Carlow campus to create a smoke free environment, has been awarded the outright winner of the Health and Well-being Award 2018 by Public Sector magazine.

Six months after confining on-campus smoking to three designated smoking shelters at strategic locations across the campus in order to create a smoke free environment, the campaign, conceived and implemented by Institute of Technology Carlow, has been hugely welcomed by students and staff and deemed “a resounding success” by organisers, as well as attracting significant positive publicity.

“With the exception of one or two small incidences in the first few days, our students and staff are to be commended on embracing the change”, said David Denieffe, Vice-President for Academic Affairs.

“In fact, such was the success of the initiative that students from our Wexford campus have also requested a smoke-free campus, which will be implemented on 4th October," he added.

The health-led initiative, entitled ‘Smoke Less Campus’ and designed to provide a clean air environment for students and staff, was implemented on National No Smoking Day (14th February).

Its introduction followed a survey of more than 1,300 students and staff on the idea of introducing a smoke free campus.

The Smoke Less Campus policy was a direct response to the 85% of staff and students who support a healthy air environment for staff, students, service users and visitors to Institute of Technology Carlow.

One of the key to the success of the initiative was the collaborative cross-campus committee comprising: a senior executive; student support services; the communications office; the students union; staff from the faculties of sport and computing; the estates department the campus nurse and student representatives

The organising committee also collaborated with some of the Institute’s high-profile sports students in communicating the initiative.

The first day of Smokeless Campus kicked off with a series of fun events. An on-campus broadcast by Beat102103FM led the events that took place as the policy came into effect to coincide with National No Smoking Day.

Students and staff had the opportunity to engage in ‘no-smoking’ activities such as the ‘Toss the Habit’ ring toss and selfie competitions with prizes allocated to the winners.

Fresh flowers and plants on outdoor litter bins, along with balloons and posters, provided plenty of colour as the health-led initiative got underway.

The Institute of Technology Carlow’s Nurse and medical centre were also on hand to inform students about smoking, accommodate students with packs to help quit smoking and to provide Smokerlyzer carbon monoxide breath test monitors.

Since launch day Institute of Technology Carlow’s nurse has delivered smoking cessation clinics to students interested in quitting – a first in her time at the Institute.

Dr Patrick Doorley, the chairman of ASH Ireland, the country’s leading anti-tobacco visited the Institute to support the first day of the initiative and thanked students and staff for implementing the health-led policy.

Mr. Denieffe congratulated the committee on their hard work and on winning the award, which he said was achieved through people from many different disciplines coming together with one goal, to improve the wellbeing of our students and staff.