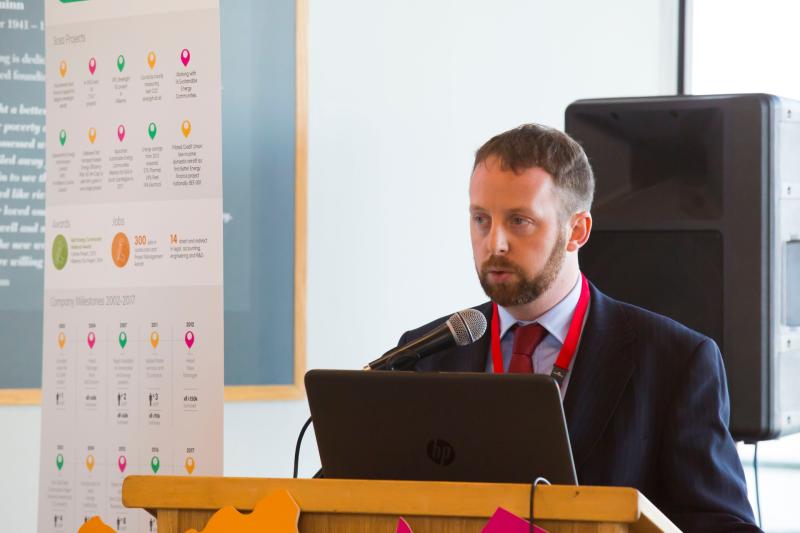 Over 100 home and business owners across the South East have been "abandoned up the garden path", a leading energy agency says.

As many as five engineering and administrative staff at the 3 Counties Energy Agency (3 CEA) headquarters in Kilkenny have invested almost 1,000 hours on grant applications this year - which are now worthless and from which they are never likely to recoup their costs, CEO, Paddy Phelan, has said.

He said hundreds of jobs across the wider retrofit industry are now at risk as it emerged that the Deep Retrofit programme, which was to run until the end of this year and which was heavily advertised right up to the Local and European elections, has been abandoned because it has run out of funds.

The affected people invested a minimum of €2,500 on expert help, energy rating and air tightness tests and submitting plans for the energy grants programme.

Mr Phelan said the Sustainable Energy Authority of Ireland (SEAI), who administered the scheme and were in daily contact with 3CEA on projects, had never once indicated to them there was a problem.

He said: "The government has played the green card by setting up this scheme with the SEAI and has now effectively shown a red card at the 11th hour to home owners, businesses and community groups, many of whom invested thousands of euros and months of work in getting their application to this stage.

"The SEAI are in a difficult position and the decision was taken out of their hands when the additional funding was not released to them.

"The Climate Action Plan set a target of 500,000 energy retrofits of existing housing stock in State over the next two decades. However, as of now, there is no State programme for deep retrofitting and no new scheme is likely to be set up before the end of 2020 at the earliest. It’s a massive slap in the face to everyone," he said.

"We were and remain the trusted intermediary between the public and the SEAI. We pride ourselves on being independent, as being not-for-profit and the trusted team to help communities, businesses and individuals access the scheme. That trust took years to build.

"We will be honouring our commitments to our clients. We will be setting in place immediate steps to refund any application fee to homeowners despite months of work put in by homeowners and their advisors.

"This is an administrative exercise which would not have been necessary if there was early indication to 3CEA that the programme was out of money."

"Trust built up between the various partners on this scheme has been shattered. Our clients invested time, money and effort in pre-works design for the Deep Retrofit scheme.

"They paid for air tightness tests and BER certificates. They submitted deposits to us as their trusted, independent intermediary to cover the cost of getting their projects over the line," Mr Phelan added.

"Contractors will be very slow to engage in new proposed programmes by government relating to taxation rebates set to be announced in 2019 budget. Here at 3CEA, we have over 100 expressions of interest on file for which there is no meaningful scheme for 2019," he added.