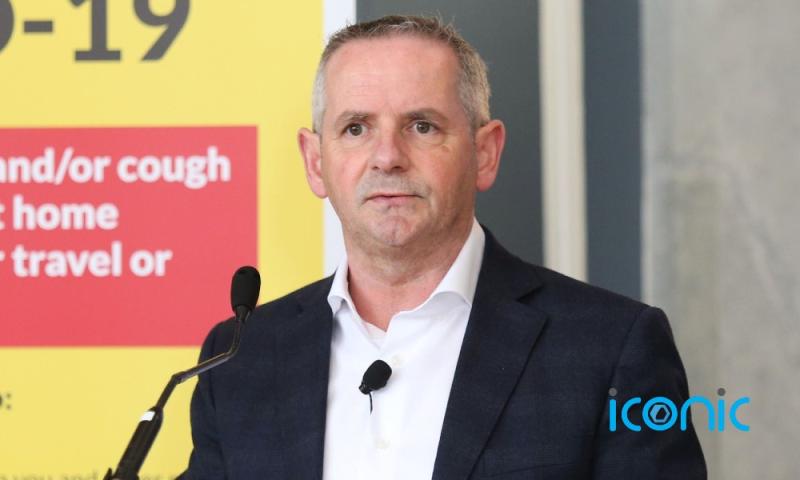 An estimated 8,500 healthcare staff are absent because they are sick with Covid-19 or self-isolating, HSE chief executive Paul Reid has said.

But he warned the figure could be double, as it was based on a manual count that was now a week old.

Mr Reid said the “pace and force” of the Omicron variant had had a huge impact on the health system, with 3,000 nurses and midwives, 1,500 patient care staff and 1,500 health and social care workers absent as a result.

He said it was a “real frontline impact”, representing about 12.5% of healthcare staff.

Speaking at a briefing today (January 6) he said: “There’s at least 8,500 people, our staff, that we have got a manual return on.

“However, I would certainly qualify that figure to say that, our sense of it is, firstly that it is looking back a week, and we do know the acceleration we saw in the period of that week.

“To give examples, some healthcare settings went from 60 staff out to over 300 people out, during the course of this week.

“Some people had a very low level of staff out, and all of a sudden had 300 people out in community services.

“Our judgment on it is that it could be at least a 12.5% impact on staffing levels, and it could be even double the number that we’re reporting on today.”

Mr Reid said the level of absences were “very significant” compared to those witnessed in January 2021.

He added: “What’s been particularly impactful has been a pace and the force of it.

“It happens so quickly, (it’s) so impactful. We would of course hope that we will begin to see many people coming back from the various isolation periods.

“But equally we still haven’t seen the tap turned off, in terms of people and staff being impacted.”