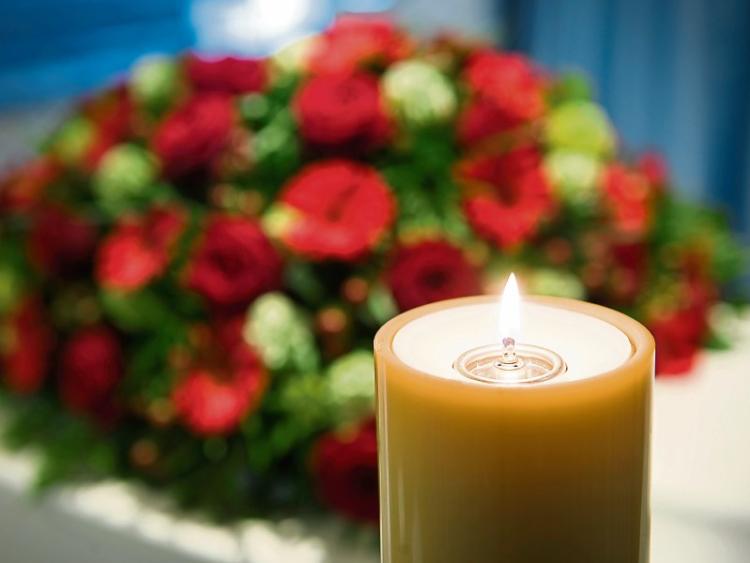 Reposing at her daughter Fran’s residence Eircode R93 TP90 from 12 noon tomorrow (Thursday). Removal from there at 12 noon on Friday to Donoughmore Church, Glen of Imaal, Co. Wicklow arriving for Funeral Service at 1pm. followed by burial in Donard Cemetery.

“Safe in the arms of Jesus”

Thank you to careworkers, Dr. Carolan and the Alzheimers Society, Bethany House.

Reposing at her daughter Mag's house, Ballynattin, Borris, from 12pm-9pm on Thursday the 8/11/18. Removal prayers at 10:45am on Friday 09/11/18 (house private). Arriving at Sacred Heart Church, Borris, for Requiem Mass at 11am followed by burial in the Sacred Heart Cemetery, Borris. Family flowers only, donations, if desired, to Oncology Ward,University Hospital Waterford.

Michael (ex Guinness employee), suddenly, at his home in his 91st year on November 5th. Beloved husband of the late Maura, father of the late Catherine and grandfather of the late Matthew. He will be deeply missed by his children Gabrielle, Michael and Edward. Sadly missed by his grandchildren Rachel, William, Harriet, Isabel, Emily Jane, Mikey, Roger, daughters-in-law Wilma and Loretto, his beloved nieces & nephews in Carlow, neighbours and friends.

Reposing at his son Michael's home at 3 Fairfield Park, Rathgar, Dublin 6 on Friday, 9th November, from 4pm until 8pm. Requiem Mass in the Church of The Holy Cross, Myshall, Co. Carlow at 11am on Saturday, 10th November, followed by burial in Lismaconly Cemetery, Myshall.