'The word 'change' is being ambushed and abused,' says Fine Gael TD for Carlow 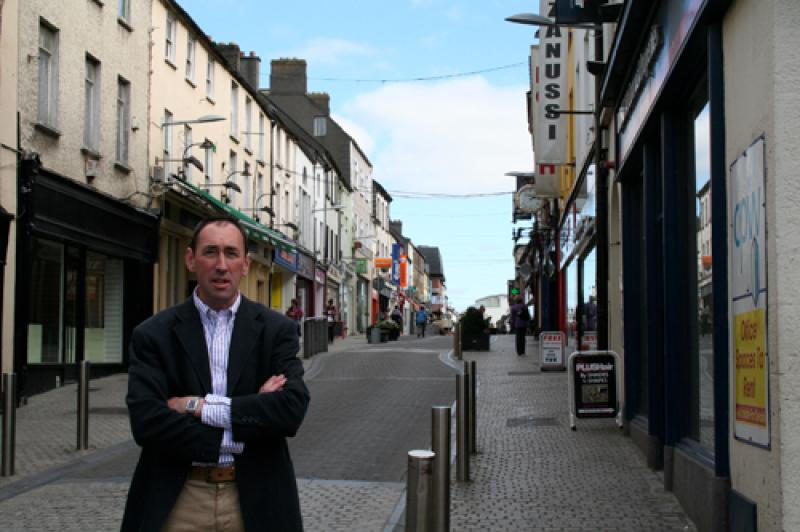 Fine Gael TD for Carlow, Pat Deering, has said the word "change" is "being ambushed and abused" and he claims that voters are being promised levels of spending and policies that would "cripple the Irish economy again".

In a statement on Tuesday, he said: "We now have more people at work than ever before, our public finances safe, and our international reputation restored."

He said that Fine Gael's economic record is one which has ensured strong growth, a job for everyone who wants one and wages that are rising.

"We also have the plans and the team to continue the hard work so that we can deliver even more for people here in Carlow in the future.

"Under a Fine Gael Government, the average worker will benefit from tax cuts to the tune of just under €3,000 per year. This is in stark contrast to the devastating impact a Fianna Fáil/Sinn Féin coalition will have on the Irish economy.

"A coalition made up of Fianna Fáil and Sinn Féin – the 'Wreckers' and the 'Reckless' - presents a clear and present danger to our economy, society and future. This possibility is now in prospect."

He added: "Our country has built something hugely valuable in the last nine years, from a place of despair. Our economy is now strong and sustainable, if we take care of it.

"The word 'change' is being ambushed and abused - voters are being promised levels of spending and policies that would cripple the Irish economy again.

"It is change with no regard to the consequences or fallout. It is based in fiction and not in the real day to day world.

"This election will come down to trust: Do you trust the party who crashed our economy but now claims to be reborn?

"Or those making irresponsible spending promises on the back of massive tax hikes to win votes, but who will wreck the economy in doing so? Fine Gael has the team – the plans and the people - in which you can trust."

He said: "I am asking voters in Carlow who will go to the polls this Saturday to reflect on what they want for our county and our country’s future.

"We have turned the ship around and are now in a place where we are delivering a brighter future for our people.

"Fianna Fáil and Sinn Fein have the potential to undo all of this hard work; FF with a return to their worst hits of the Celtic Tiger era.

"And SF with their tax and spending plans that would drive business from our shores and threaten the jobs we have worked so hard for here at home.

"Fine Gael has strengthened the economy so that we can provide for all in society. Our plans are simple; we will continue to do this.

"More than 1 million people will benefit from our tax plan to ensure the higher rate of tax is not paid on average earnings. Our plans for changes to the USC will see more than 400,000 lower earners benefit.

"This is the positive change Fine Gael in Government will make as we continue to build a future that we can all look forward to."