What did you think the issues were? 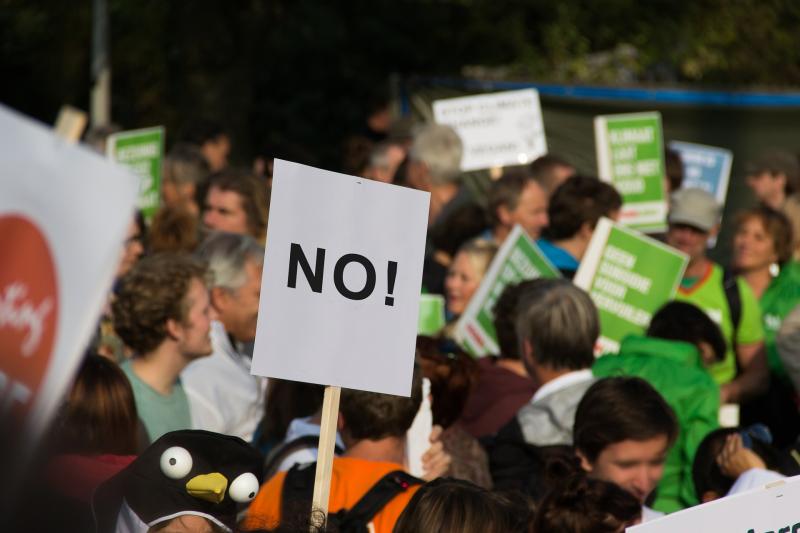 These were eight of the key issues for people in Carlow throughout the 2020 general election campaign.

There are six candidates based in or around Carlow that are vying for one of the five seats as counting begins in the Lyrath Estate on Sunday and they are: Pat Deering (FG); Jennifer Murnane O'Connor (FF), Adrienne Wallace (PBP), Helena Byrne (Renua), in south Carlow, Denis Hynes (LAB) and Angela Ray (Independent).

Minister for Children and Youth Affairs, Katherine Zappone, previously revealed there were 260 children in Carlow on a waiting list for a crèche for the 2017/18 programme year.

Meanwhile, the cost of childcare in Ireland has risen by 3.6%, more than five times the rate of inflation, figures in 2019 revealed.

However, according to a report published by the Department of Children and Youth Affairs, Carlow has one of the lowest rates of childcare fees with an average of €148.56 being paid by parents per child in the county.

The fact remains that childcare costs, capacity, pay for childcare staff and soaring insurance costs for providers are a huge issue facing the next Government and it needs to be addressed urgently.

A popular Carlow go-karting business closed down towards the end of last year due to rising "insurance costs and rates".

This is an issue that the Government has failed to deal with as premiums appear to be continually rising for ordinary people and businesses as insurance companies' profits soar.

Holy smoke. Insurer FBD has told the stock exchange it expects to report profits before tax of €100m for last year. That is double the profits for the previous year.

Ms Daly, who had to shut her own business in Carlow because of astronomical insurance costs, has said that there are many other businesses facing closure.

"Businesses in Carlow are being screwed by insurance companies," Cllr Adrienne Wallace has claimed.

Local representatives of Carlow County Council voted to increase the Local Property Tax in Carlow by 5% from January 1 of this year which left residents infuriated as many fail to see where their money is being spent locally.

The decision garnered even more controversy after claims that members had been "hoodwinked".

He raised the issue at a full meeting, Cllr Paton said things had changed substantially since the previous month's meeting when they were told the Council had a deficit of €343,000 and "48 hours later the deficit was wiped out".'

There is also a perception that Carlow is not getting its fair share of Central Government funding.

A councillor previously hit out over Central Government funding allocations to Carlow saying "other councils behaved recklessly with their finances and have been rewarded with additional funding over the years".

An analysis by Carlow Live in 2018 of funding allocations to Carlow from Central Government revealed that the Dolmen County has consistently received one of the lowest amounts of funding across the country over the last seven years.

A shortfall in funding for local Government is an "absolute disgrace and a two-finger salute", a Carlow councillor has said previously.

The latest report from Carlow County Council has shown that nine children presented as homeless in Carlow last month with eighteen children in emergency accommodation during December.

Meanwhile, there were 15 adults who presented as homeless last month across Carlow and 21 adults were in emergency accommodation.

URGENT NEED FOR INFRASTRUCTURE DEVELOPMENT FROM ROADS TO WASTEWATER

Several towns and villages around Carlow are restricted from a development point of view because the infrastructure in the area is at capacity.

Popular Carlow village, Ballinabranna, has been described as being "in limbo" over the lack of adequate infrastructure for further development.

Meanwhile, wastewater treatment services around Tullow and several other Carlow villages are at capacity which is having an impact on housing development.

Roads or the lack of them are also a major cause for concern in Bagenalstown, while traffic congestion in Carlow Town and Tullow has also been raised.

Local representatives have grown increasingly frustrated over the Council's perceived inactivity or a lack of progress on this front.

It is an issue that can be improved as well through national policies.

Ambulance waiting time concerns been raised in Carlow after a series of long delays around the county.

A 75-year-old man was left waiting 35 minutes on the ground in the rain for an ambulance towards the end of last year.