The Battle for Carlow: Counting begins in the Lyrath Estate for the 2020 general election

Candidates fight it out in the five seat Carlow/Kilkenny constituency 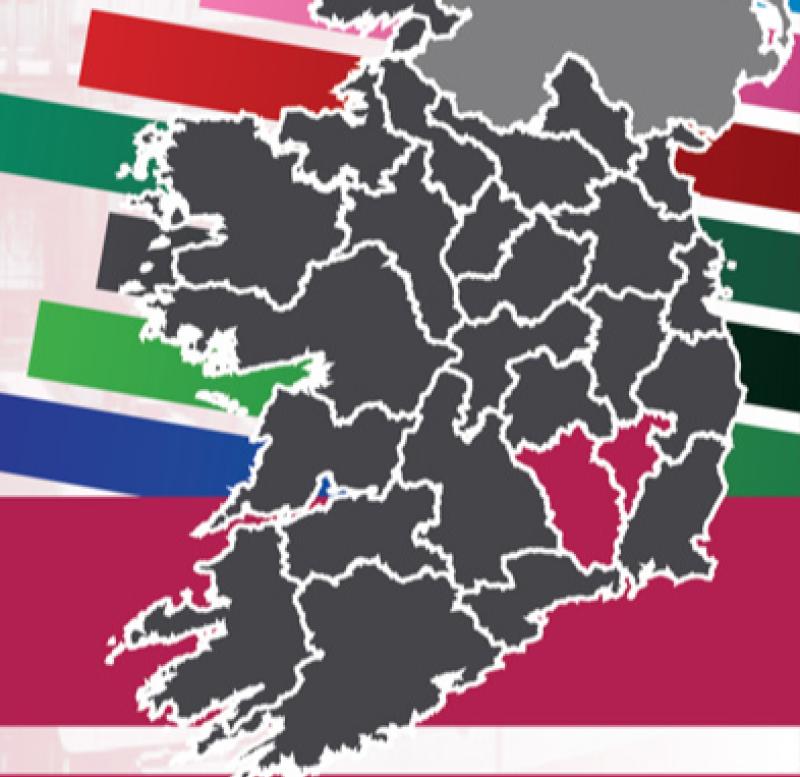 Fourteen candidates fighting it out for five seats

The Battle for Carlow begins on Sunday morning as counting gets underway in the Lyrath Estate to fill the five seats of the Carlow/Kilkenny constituency for general election 2020.

Fourteen candidates are fighting it out for the five seats and six of them are from in or around the Dolmen County.

At the last general election in 2016, Fianna Fáil came close to winning three seats out of five in Carlow/Kilkenny.

John McGuinness (FF) is based in Kilkenny City and topped the poll in 2016 and he was elected on Count 7 last time out with 11,903 votes.

He was followed by south Kilkenny's John Paul Phelan (FG) and Kathleen Funchion (SF) on count 10 when they received 14,200 and 11,720 votes respectively.

Senator Jennifer Murnane O’Connor will be looking to take a Dáil seat this time around after falling short last time out. She is hoping it will be third time lucky for her in general elections in the Carlow/Kilkenny constituency.

The Sinn Féin surge means that Deputy Funchion will likely hold on to her seat in Carlow/Kilkenny and record a strong first preference vote.

Adrienne Wallace, who was elected as a councillor in Carlow last year, also ran in 2016 but was eliminated on count 4 with 2,342 votes.

She will be hoping to gain on the support shown for her during the European Elections and her higher profile now she is a councillor.

The Green Party held a seat in Carlow/Kilkenny when it was last in Government between 2007 and 2011.

Cllr Malcolm Noonan will be vying to win back the seat previously held by Carlow's Mary White.

2011 was also the last time Carlow had two TDs - the other Dáil deputy at the time was Fianna Fáil's M. J. Nolan.

If there are two Carlow candidates elected it will be the first time Carlow will have gained two TDs in nine years.

Deputy Deering, first elected in 2011, will hope he benefits from a constituency redraw that sees the parts of east Carlow, which were previously in the Wicklow constituency, return to Carlow/Kilkenny.

East Carlow now able to vote in Carlow/Kilkenny for the first time in 25 years.

This redraw also meant that Deputy Deering could vote for the first time in his hometown of Rathvilly during polling day on Saturday. This could put him in the mix for the fifth or maybe even the fourth seat.

Cllr Patrick O’Neill is the third Fine Gael candidate and is based in Bennettsbridge. His Fine Gael vote will be crucial in getting Pat Deering over the line should Cllr O'Neill get eliminated.

This will be a closely fought contest when it comes to the fourth and fifth seats.

It is between John McGuinness and Kathleen Funchion when it comes to topping the poll and John Paul Phelan will likely take the third seat.

After that it is anyone's guess and the result will be determined by vote transfers from eliminated candidates with Bobby Aylward, Jennifer Murnane O'Connor and Pat Deering, all likely to be in the fight to nab one of the last two seats.

There is a possibility of two Carlow based TDs for the first time since 2011 but if Deputy Aylward takes the fourth seat like he did in 2016 - it will mean that Pat Deering and Jennifer Murnane O'Connor will be battling it out to nab the fifth seat for Carlow.

It will also be interesting to see how Malcolm Noonan does on the green wave and Adrienne Wallace will likely benefit from Kathleen Funchion's transfers and they could be ones to watch.