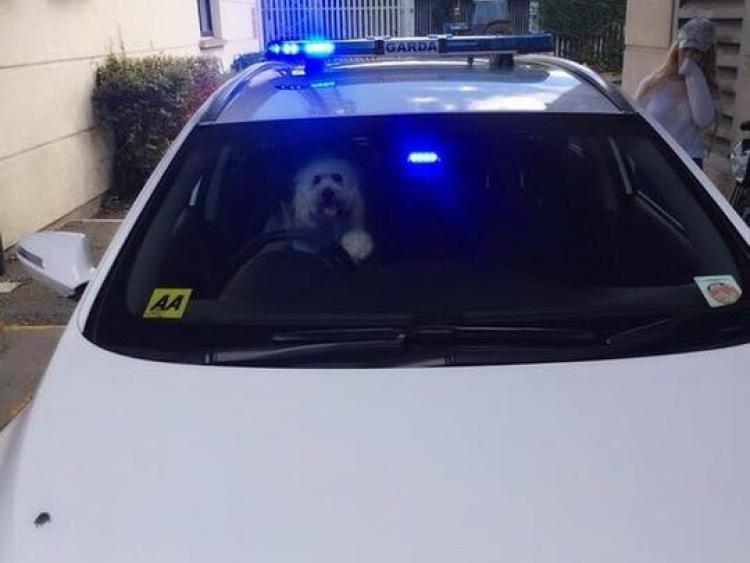 Bailey gets behind the wheel

"Garda Bailey" called into Carlow Garda Station over the weekend, in his capacity as a contestant in this year's Nose of Tralee competition.

"The 'long arm of the paw' was a welcome addition to the station party," Gardaí said

Bailey is Carlow's finalist in the Nose of Tralee - Pet Sitters Ireland annual pet competition open to all 32 counties in Ireland.

Now in its 5th year, each year they select a Nose per county and an overall Nose of Tralee winner for the year.

Voting has now opened for the public to decide which of the final 32 Noses will be crowned the overall Nose of Tralee.4