WATCH: Carlow man's epic reaction when his taxi driver ran out of fuel in the early hours of the morning 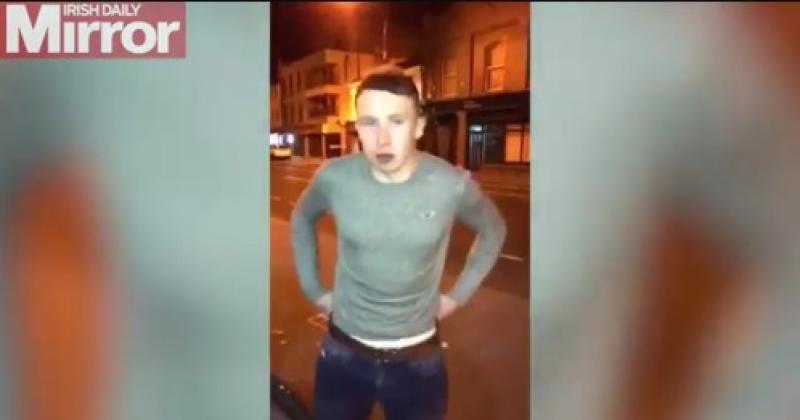 A screenshot of the video posted by Jack Kennedy

This video shows the brilliant moment Carlow man Jack Kennedy helped his taxi driver push his car to a petrol station after it ran out of fuel early Sunday morning.

Jack, 26, from Tullow, Carlow, was out in Dublin with his friend Ronan Byrne, 28, on Saturday night.

The two men, who play for St Patrick's GAA club in Tullow, were knocked out of the championship on Friday so they decided to go to Dublin for a "quiet night".

Ronan told IrishMirror.ie: "We were staying in a friend's house with two other lads and neither of us really paid attention to where that house was in broad daylight.

"The four of us arrived into Smyths of Ranelagh at about 3pm on Saturday and the story starts to deteriorate from there on in."

The pair left Copper Faced Jacks in Dublin's city centre at 5am and made their way to Mcdonald's.

"We were in Mcdonald's with two dead phones and not a hope of finding our friends or their house.

"We had wrote Shano's number on the back of a betting slip earlier in the night as a precaution in case we got lost and according to Jack it may have just saved our lives."

The pair got a taxi off Grafton Street and eventually got through to their friend Shano using the taxi man's phone.

He told the taxi man how to get to his house, however, this was after the two lads told the driver he would have to drop them to Tullow in Carlow.

"The poor lad actually attempted it, only to be told to turn back around on the M50 when the boys answered," Byrne said.

"The poor taxi man hadn't taken us into consideration when it came to diesel levels and he ran out somewhere in Dublin."

Ronan had fallen asleep in the back seat at this stage so quick thinking Jack decided to give the taxi man a helping hand pushing the car to a Maxol station to refuel.

Jack pushed for around 40 minutes and - with the phone now charged - began recording the whole story for Snapchat.

People were quick to praise the pair for sticking by their taxi driver and helping him out.

The two lads made it back in the end with an epic story to tell.

Ronan finished - "We paid your man €20. Don't know if he was looking for more or less to be honest."