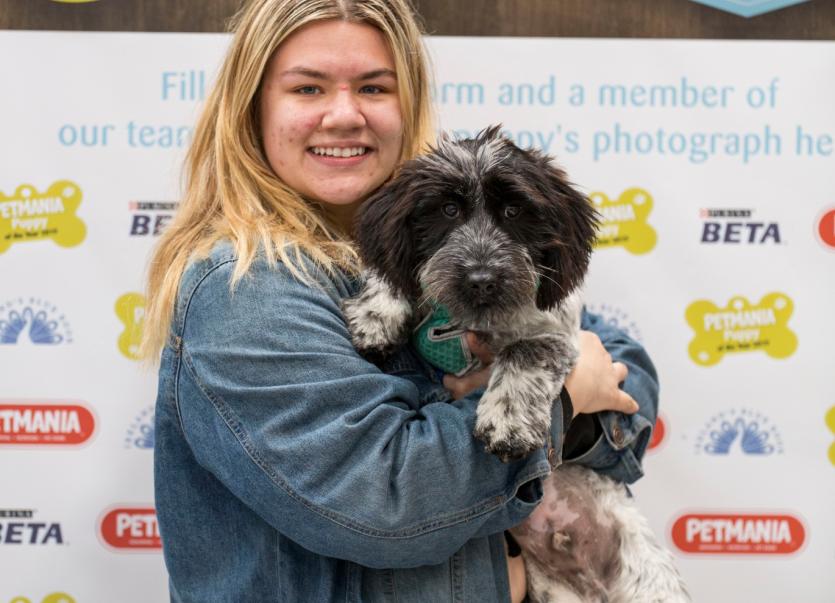 Sprocket, a Springer Spaniel cross, with his owner Alannah Peters

The country’s largest specialist pet retailer has revealed the Carlow Puppy of the Year.

Sprocket is a Springer Spaniel cross and is a rescue dog from Carlow. He is very playful and loves to learn new tricks. He has learned how to jump up on his owners back and through her arms. Sprocket’s favourite activity is playing fetch.

After two months of public voting and over 66,000 votes, 12 puppy finalists who hailed from all over Ireland gathered for the Grand Final.

Emily Miller, Petmania’s Marketing Manager, said: "We are delighted to crown Sprocket as this year’s Carlow Puppy of the Year, a deserving winner oozing with cuteness.

"This is our fifth year running the Puppy of the Year competition, entries and votes are growing hugely year on year. A massive thank you to everyone who got involved."

Petmania continue to encourage people who are considering bringing a new four-legged friend into their life to think adoption or fostering.

The specialist pet retailer has a number of adoption centre partners across the country and they also provide free Puppy Parent Classes to new puppy owners.