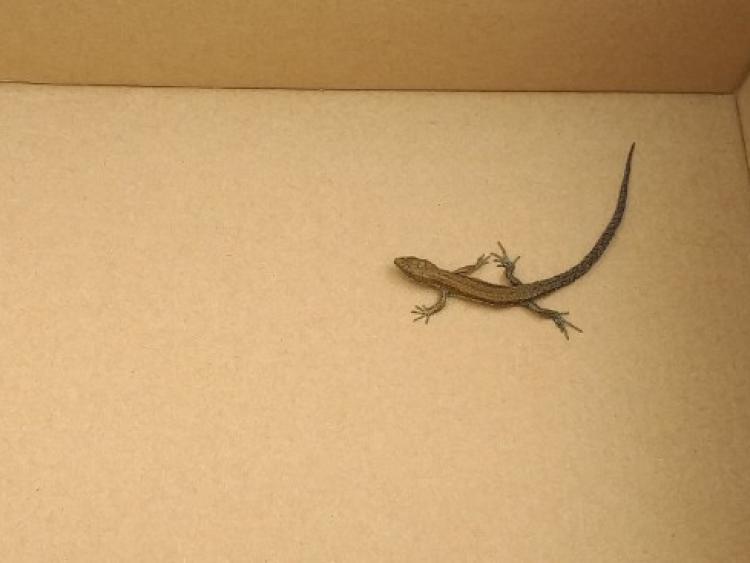 Despite common belief that we have no natural reptiles in Ireland, there are two species of reptile living on the island, quite usually undercover.

The common lizard (Lacerta vivipara) and the slow worm (Anguis fragilis) a legless lizard which looks like a snake freely roam the countryside.

Last week a local family in north Leitrim discovered a lizard in their home, which they believe is a baby.

Martina McGovern said: "We found it in the bedroom. When we saw it, the first thing we thought was, this looks like a baby lizard. We had no idea what or how to get it out of the bedroom.

"It was very quiet and when we touched it, it huddled up and there wasn't much movement from it. So we got a shoe box and after a bit of toing and frowing we got it into the box.

"Once in the box, we brought it over to a marshy wet part of the land where we thought would be better suited for it." 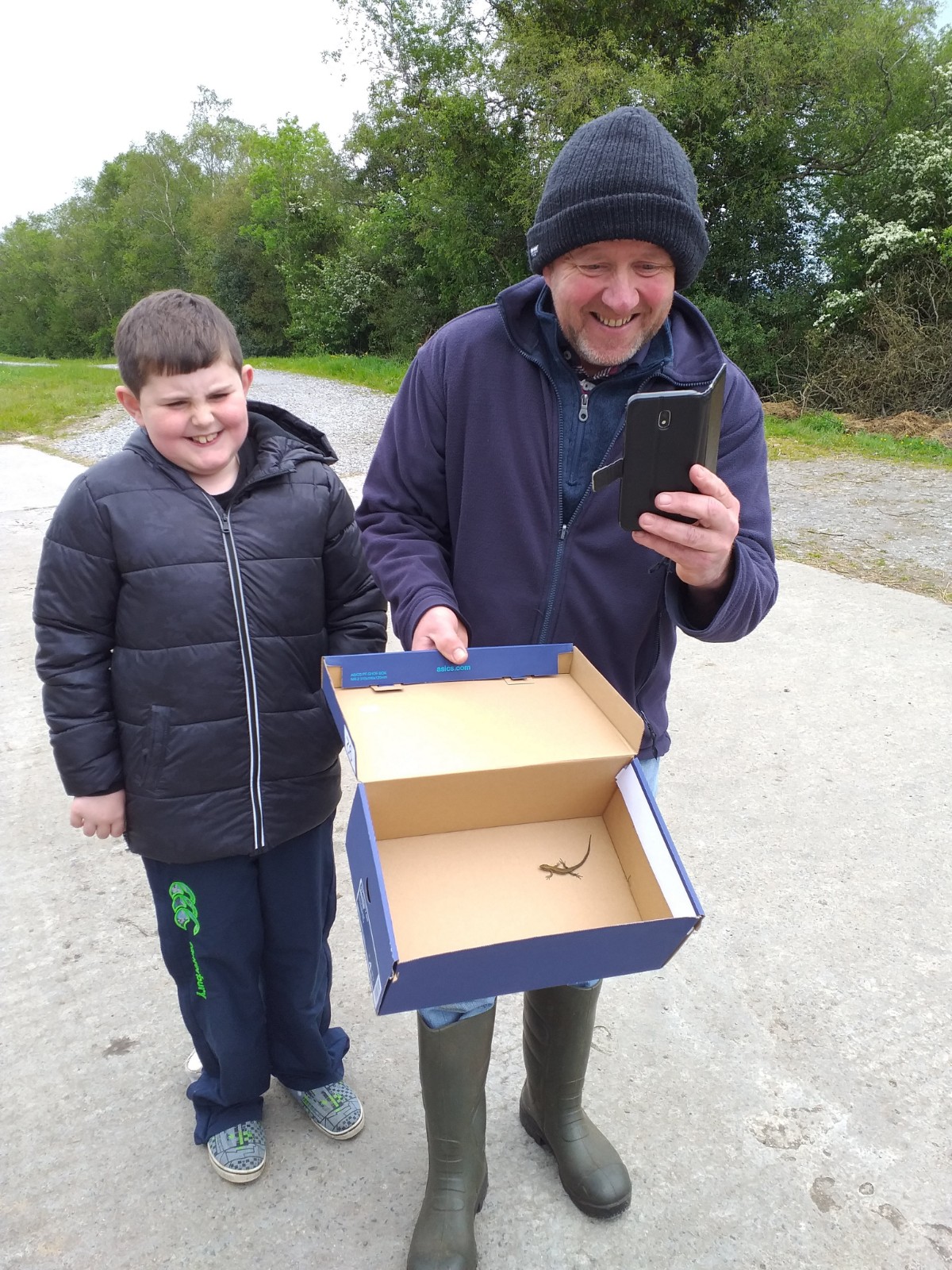 Patrick McGovern and Francis Boylan both from Glenfarne bringing the lizard back to its habitat.

While lizards usually hide in marshes and bogs they do come out to sun themselves in dry weather.

Lizards are active, alert and extremely quick. Their colouration helps them to blend with their surroundings, and they can disappear into a crevice or under a stone with startling speed at the first sign of disturbance.

Common lizards are usually between 10cm and 16cm (4 inches and 6 inches) long, although larger specimens can reach 18cm (7 inches). They have long bodies, short legs and a long, tapering tail.

The coarse, dry scales on the lizard’s back can be a variety of colours including grey, brown, copper or green, with a black stripe running down the centre of the back, and a scattering of black spots over the body.

Because they rely on the sun’s heat to remain active, lizards are forced to hibernate through the Irish winter. They disappear around October and hibernate until the following March, often in groups, occasionally emerging during warmer spells.

After about three months the female lizard will give birth to live, fully developed young that break free of the egg-membranes usually during birth or a few seconds afterwards.

Litters consist of 2-12 young born from June to September. Females show no parental care: the young feed actively from birth and quickly disperse.

If you find a lizard you are asked to return it to its habitat, you can also take a picture and send details to lizards@iwt.ie to help a national survey on the distribution of lizards around the country.