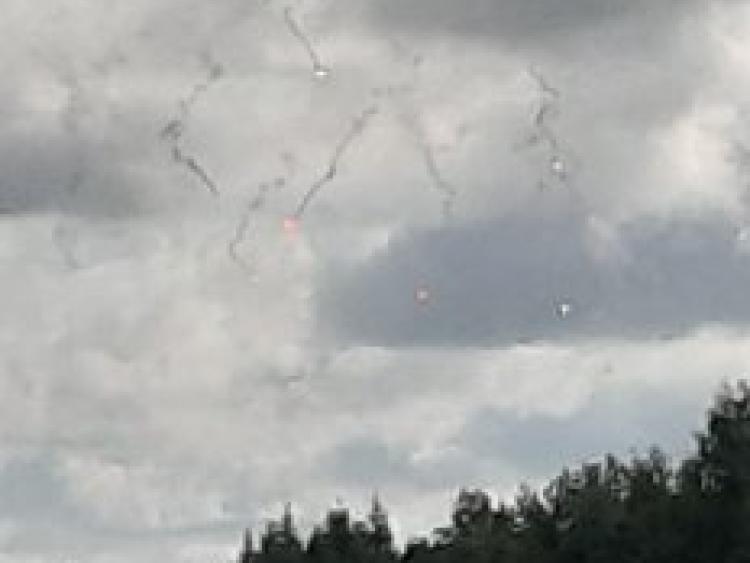 "No sign of aliens at present," said Carlow weatherman Alan O'Reilly as lights falling from the sky recently have been explained.

Alan was sent the full video to his Carlow Weather Twitter account after it was recorded by Valerie Carter.

The video was recorded between the Newbridge and Naas direction on the motorway and lasted eight to ten minutes.

See below to find out what the lights were:

The answer is they were parachute flares being tested in the Curragh Camp today.

So rest assured no sign of at present m