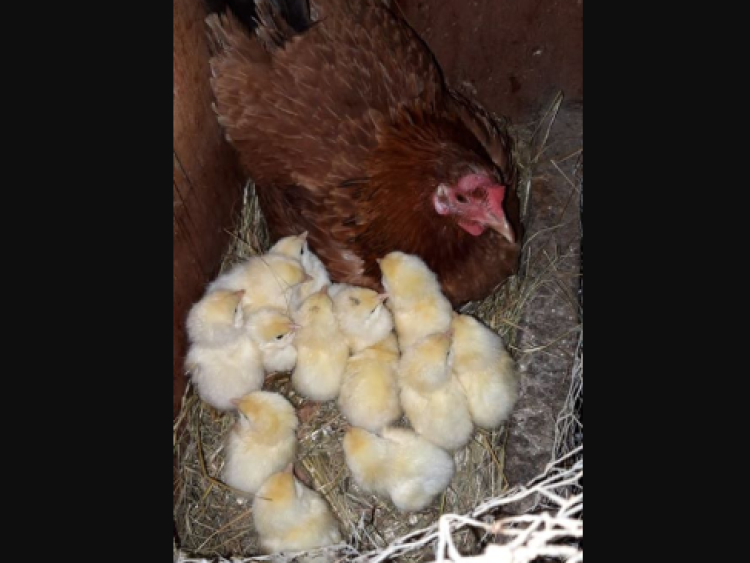 The hen hatched out 13 live chickens from 15 eggs on November 3, her third clutch this year.

She has now hatched a total of 54 chickens in three clutches.

Her famous mother Marmalade made headlines for John last year when she hatched 54 chickens in five clutches but the Little Chip off the old block has already reached that number in two fewer clutches.

Little Chip Marmalade is actually already in the record books for the most chickens hatched out in one clutch with 21 recorded earlier this year.

John is hopeful this daughter of Marmalade will beat her mother's three-time world champion record which saw her hatch 18 clutches and 181 chickens in just four years.