BIG READ: The mysterious sighting of a 'mermaid' by fishermen in the South East 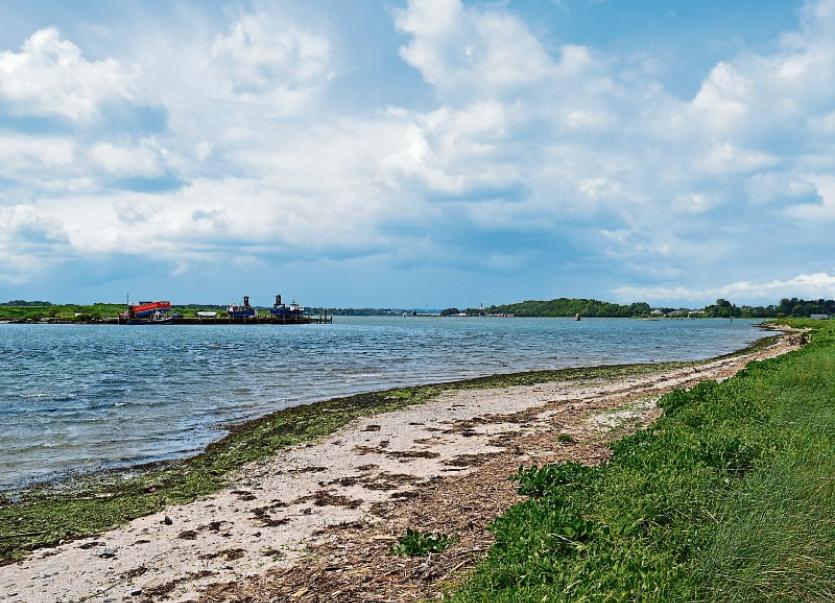 The mysterious sighting of a ‘mermaid’ by fishermen in Waterford

Strange tales of mermaids and female deities of the deep have long persisted throughout mankind’s history, and whether these intriguing reports are wishful thinking or bona fide fact, is still a matter of considerable debate. Colourful accounts of mermaid-like sea creatures, appear in the mythology of many ancient cultures worldwide, including Europe, Asia, Africa and the Near East. One of the very earliest of these peculiar stories appeared in ancient Assyria, in which the goddess Atargatis transformed herself into a mermaid out of shame for having killed her human lover. These opposing traits of benevolence and malevolence appear to be recurring themes in mermaid myth, along with their readiness to take human lovers.

A more tangible reference to ancient mermaids can be seen in the remarkable Neolithic rock art in the ‘Cave of Swimmers’, discovered in Egypt in 1933 by the Hungarian explorer László Almásy, which appears to depict mermaid-like creatures swimming alongside whales and dolphins in one primitive drawing; while another more disturbing scene seems to portray humans driving these aquatic creatures away from shore and back into the sea, beginning what could appear to be an age old conflict.

Norse mythology had a deep respect for the female entities who ruled the sea, namely the goddess Ran and her daughters; these stormy sea spirits reflected the shifting moods of the ocean, sometimes helpful, sometimes harmful, gathering sailors in their drowning nets and dragging them down to the deep. In German folklore, the Rhine Maidens were considered ethereal spirits who dwelt in lakes and rivers during the winter, emerging from the water to flit through the forest in summer, tempting any unwary human to a watery grave. Likewise, the seductive Sirens of the sea figured heavily in Greek mythology, enticing helpless sailors to their death by means of their enchanted singing, mercilessly luring their ships to be shattered upon the rocks.

Celtic culture is also very rich in mermaid legend, and Ireland in particular has a very long and detailed association with this temptress of the deep. In fact, the word mermaid is derived from the Irish word ‘merrow’ or moruadh, muir (meaning sea), and oigh (meaning maid), which refers specifically to the female of the species. Merfolk in general are also known as ‘suire’ which has been corrupted into the Scottish variant, silkie. Mermen, the male counterpart of the species, are much more wary and rarely seen, and what few reports there are, are far from flattering, describing them as having sharp pointed teeth, small piggy eyes and scaled skin; little wonder the fairer of their species occasionally strayed towards human shores!

In most parts of the world, mermaids take on the shape of a woman from the waist up and the form of a fish from the waist down. Curiously in Irish folklore, however, the only physical differences between some mermaids and humans are that the mermaid’s feet are flatter, and their hands have thin webbing between the fingers, and while they have a great affinity for water, they are also amphibious and can spend long periods on land. Many coastal dwellers have reputedly taken mermaids as lovers and a number of famous Irish families claim their descent from such unusual unions, notably the O’Flaherty and O’Sullivan families of Kerry and the McNamaras of Clare. Such wives were industrious, but showed little affection, and were seldom given to laughter, as they always longed for the sea. According to legend, mermaids also had special clothing which allowed them to return to the sea and travel easily through the ocean currents. In Kerry, Cork and Wexford, they wore a small red cap made from feathers, called a ‘cohullen druith’. However, in more northerly waters, they travelled through these rough seas wrapped in a sealskin cloak, and took on the attributes and appearance of seals. In order to come ashore, the mermaid must remove her cloak or cap and conceal it, so any mortal who finds these has power over her, for she cannot return to the sea without them. Hard bargains between mermaids and mortals, over control of these powerful garments, had been commonplace around the Irish coast, these marital arrangements seldom ended well for these avaricious men, as the mermaid invariably retrieved the stolen garment and promptly returned to the sea.

One such case, so the story goes, regarded a local chieftain Thady O’Dowd near Enniscrone, County Sligo, who had spotted a mermaid sleeping on the shore, and took her cloak and hid it, thereby preventing her from returning to the sea. O’Dowd and the mermaid married and had seven children. One fateful day, the youngest saw the father moving the cloak to another hiding place. The child told his mother, who immediately recovered the cloak and went off towards the shore. The children pleaded with her to stay, but the call of the sea was too strong.

The mermaid turned six of her children into stones, forming a small stone circle over-looking the bay, and took the youngest with her when she disappeared into the sea. Legend says that the petrified children of the mermaid would bleed whenever a member of the O’Dowd family was about to die.

Entries in the Annals of Ireland indicate that throughout medieval times the existence of mermaids was accepted as historical fact. In 1118, recorded in the Annals of the Four Masters, is an entry which states that ‘fishermen have again discovered mermaids, this time in the Nore River in County Kilkenny, and near the town of Waterford’. Another entry in the same book in AD 558 refers to the capture of the mermaid Liban, by fishermen off the Antrim coast.

Liban, however, proved to be no ordinary mermaid, but had in fact once been a human child who had been raised among the merfolk, after a drowning accident had taken her family, and left her to the mercy of the sea. Liban’s incredible tale eerily echoed in this haunting verse:

To the waters and the wild

With a faery, hand in hand,

For the world’s more full of weeping

Than you can understand’

Liban’s story was a strange one indeed, originally a human girl; she had lived with her parents on the coast of Scotland. During a storm, her parents were drowned and she had been carried away by a severe flood. Many years later in AD 588, she was caught in fishing nets placed across the entrance to Belfast Lough. In her intervening years at sea, she had lived among the Merfolk in Tir fo Thoinn (the Land beneath the Waves). She later accepted Christianity and was named Muirgen (daughter of the sea), and performed many healing miracles throughout Ireland. When Muirgen died she was buried in St Cuthbert’s church at Dunluce in north Antrim, where a seashell motif on her tomb marked her years amongst the Merfolk.

Irish legend considered the Merfolk to be fallen angels, supernatural beings who had been cast out of heaven for their rebellion, ‘And some fell into the sea and some on the dry land’: Drawing an interesting parallel with scripture which describes these celestial events, concluding with the sober warning; ‘Woe for the earth and for the sea’, Revelation 12:12. These shape-shifting entities were by no means well-disposed towards mortals, and would only marry humans so that their children might have some chance of reaching heaven by virtue of their human blood. Science of course, might suggest a more rational explanation for the possible existence of such aquatic creatures, citing the case of other hunting mammals such as seals and otters that evolved from bear and weasel-like creatures to pursue their prey into the sea 35 million years ago; could a branch of mankind have somehow done the same?

George Bernard Shaw once quipped that ‘If all the Economists were laid end to end, they’d never reach a conclusion’; which is a rule that applies equally well to mermaid theories, so consider carefully and choose wisely, while remembering that; ‘Imagination is more important than knowledge. For knowledge is limited, whereas imagination embraces the entire world’, Albert Einstein. As for the sceptics among you who care little for theories, scripture or folklore, perhaps the following lines from a sea shanty might offer some practical advice, should you ever find yourself having to consider marriage to a mermaid:

‘And I tell you now before you start you can love that girl with all your heart,

But you’re just gonna love the upper part, you’re not gonna like the tail!’