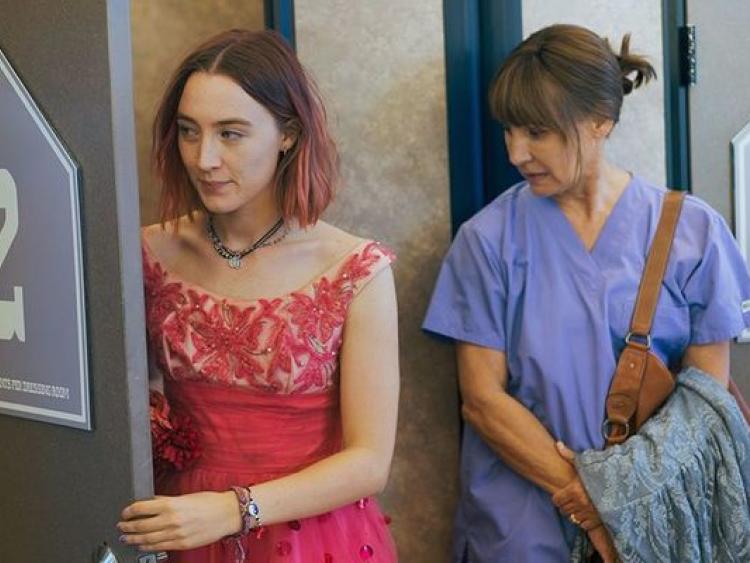 When can you watch it? Tonight, Wednesday, at 9.35pm

Where can you watch it? RTÉ One or RTÉ Player

Who stars in it? Irish actress Saoirse Ronan, Laurie Metcalf and Tracy Letts

What's it about? In Lady Bird, Greta Gerwig reveals herself to be a bold new cinematic voice with her directorial debut, excavating both the humour and pathos in the turbulent bond between a mother and her teenage daughter. Christine "Lady Bird" McPherson (Saoirse Ronan) fights against but is exactly like her wildly loving, deeply opinionated and strong-willed mom (Laurie Metcalf), a nurse working tirelessly to keep her family afloat after Lady Bird's father (Tracy Letts) loses his job. Set in Sacramento, California in 2002, amidst a rapidly shifting American economic landscape, Lady Bird is an affecting look at the relationships that shape us, the beliefs that define us, and the unmatched beauty of a place called home.

So, is it worth watching? A big yes on this one. It's a fresh, innately charming, and witty exploration of adolescence. It received 41 major award nominations, including five Oscars but winning none, but did come out with 13 awards most notably a Golden Globe for Best Motion Picture - Musical or Comedy, and a whole host of individual awards for Ireland's sweetheart and Carlow native Saorise Ronan.

You'll do well to find a better way to spend your Wednesday night, particularly in the current climate, than curled up watching Lady Bird. That statement stands even if you've seen it before. From personal experience, it's almost better the second - or third - time around. Happy watching.