WATCH: Hector heads to Africa for his latest TV series hitting our screens next week 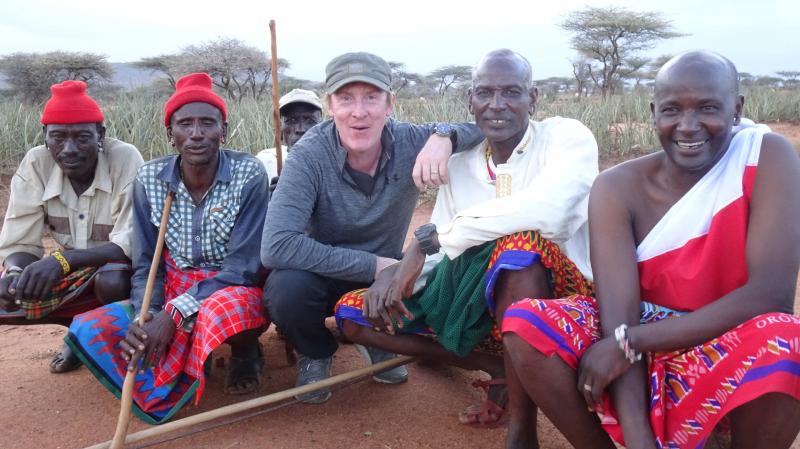 ‘Hector Africa – A go Z’ will see Ireland’s most famous traveller, Hector Ó hEochagáin take you on the first three stops on an African road trip of a lifetime from Addis to Zimbabwe.

From safaris to Olympic greats, from tribes to wildlife rangers, from rastas to khat farms, from slums to camel markets, Hector takes you on the most dangerous, most volatile journey of his life as he begins this amazing road trip through the continent of Africa.

Beginning in Addis Ababa in Ethiopia, he’ll zip you through Sudan and drop you off in Nairobi, Kenya. It’s a road trip you’ll never forget the ‘A go Z’ of Africa with Hector at the helm!

In the first episode which airs next Thursday, October 8, at 9.30pm on TG4, Hector’s road trip through Africa begins in Addis Ababa where he meets up with one of the greatest distance runners of all time Haile Gebrselassie. He also checks out the coffee trade and some fashion and then discovers that he has really arrived in 2012 according to their calendar.

He then journeys south taking in the Rastafarian Community in Shashamane, feels the effect of the local khat and then takes on the painstaking journey further south to the Omo Valley to be part of the bull jumping ritual with the Hamar Tribe.

Hector lands in Sudan's Capital, Khartoum, for episode two where the Blue and the White River Nile meet. Arriving months after the revolution, life has changed so much for the people. He links up with the women’s national soccer team, is a special guest at a wrestling competition, checks out a camel market before taking on a massive journey North to the Ancient Capital of the Kingdom of Kush and it’s amazing pyramids.

Hector lands in Nairobi, Kenya for the third episode and sees a city that has changed so much since his last time here 16 years ago. After a chat with John-Allan Namu, an investigative journalist, Hector links up with Irish missionary Sr Miriam Duggan in the slums of Nairobi before heading to the mountainous town of Iten which is home to the ‘Godfather of Kenyan running’ who just happens to be an Irishman.

From conservationists to wildlife rangers it is an incredible trip as he finally ends up in the Land of the Samburu.

Check out the trailer below: