WATCH: Carlow man on disability and living in caravan angered after it’s seized by Council

'I've nowhere to live. They threw me out on the street...' says Bernard Reilly. 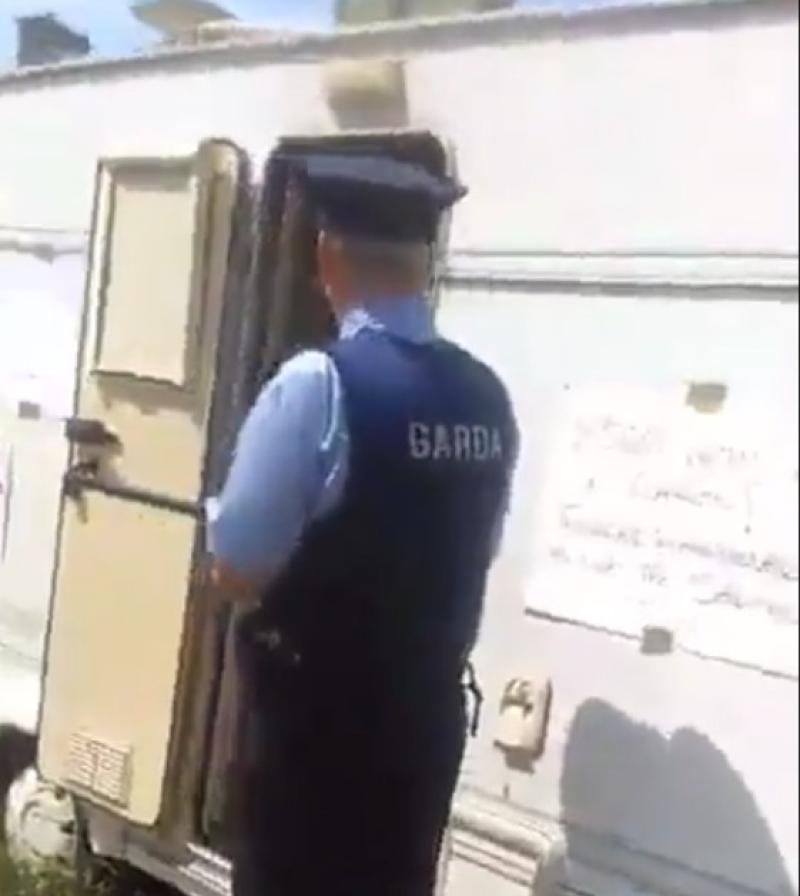 The family of a Carlow man who was living in a caravan beside their house have been left distraught after it was seized by Carlow County Council.

Lorraine Doyle says they took everything belonging to her brother - even the dog's nuts.

Her brother, Bernard Reilly, 46, has lived in the caravan on the wasteland adjacent to New Oak Estate in Carlow where she’s lived for the past two-and-a-half years.

He bought the mobile home with money his mum left him when she died six years ago and Lorraine said: "He bought his own caravan to live in, which means he wasn't looking for handouts from the rent allowance or anything.

"He wasn't taking money another person would need."

Yesterday (Thursday), a number of gardaí entered the wasteland as the caravan was removed.

Lorraine said her brother is now homeless as a result of the Council’s actions and slept in a tent last night.

Speaking to Carlow Live, Lorraine said: “They won't tell me where it is. The took everything belonging to Bernard with it and we want the caravan back.

“Bernard’s only option now is to go off and get a tent and sleep in the field. He slept in the field last night.

“It’s disgusting the Council have removed his only bit of independence and his only home.

“They took everything on him. All his possession were still in the caravan, a fridge full of food — everything. Even the dog's nuts, they wouldn't even let me get them.

“There was no reason for them doing this. He was out there bothering no one. We even got a petition from everyone on the estate to try and keep him there and everybody on my street signed that petition and a lot of people didn't even know the caravan was there."

The family have been fighting Carlow County Council since they issued Bernard with an eviction notice around two weeks ago.

Lorraine says she’s grazed animals on the wasteland for 30 years and will fight the Council for squatters’ rights.

She added: “My brother is on disability allowance and I am basically his carer. My brother wants to live in peace in a place he has known his entire life beside a family who can support him, until the Council are able to do their job and provide secure accommodation.”

People Before Profit candidate, Adrienne Wallace said: “Enough is enough, the Council should be focused on opening up the 2,000 vacant properties in the county or forcing the government to adequately tackle the rise in rents."

A Garda spokesman said: “This was a civil matter between occupants and the Local Authority, gardaí attended the scene to prevent a breach of the peace and ensure public order.”