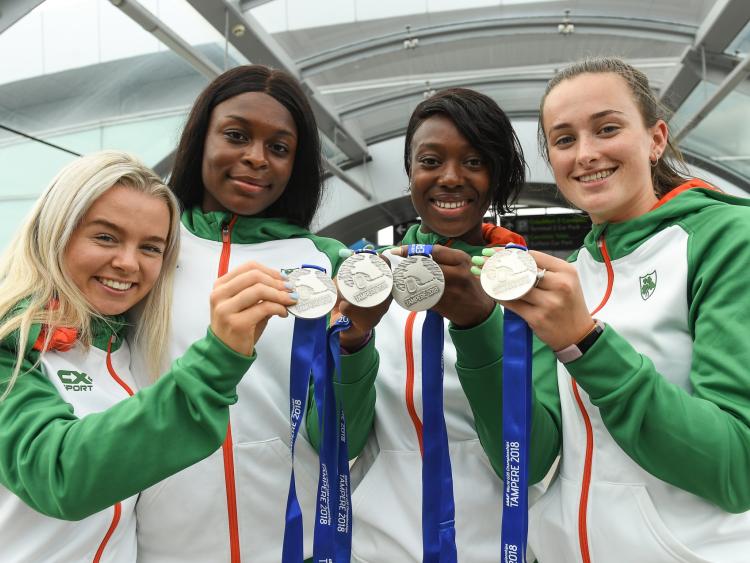 Molly Scott has been selected to compete for Ireland in the 4x100m at the European Championships in Berlin.

The Carlow native won a silver medal for her country in the 4x100m relay at the World U20 Championships in Finland earlier this year.

Molly - who was also in action over the weekend at the National Track and Field Championships - took to Twitter to deliver the good news.

I’ve been selected to compete in the 4x100m at the European Championships in Berlin !! This is my first ever senior team so excited x https://t.co/eyVhRblhmk

Ireland has named 41 athletes for the European Championships, which take place from August 6-12 in Berlin.

The announcement comes just 24-hours after Molly - from the St Laurence O'Toole Athletics Club in Carlow - was 0.02 off gold and the same time as third, in the outdoor National Senior Women's 100m.

0.02 off gold and the same time as third, I got 4th ‍♀️but hey I had a great time racing today at my first outdoor National seniors ✨ https://t.co/psybUWWAkb

Well-known writer tweets one thing about Tony Holohan that we've all been thinking...