'Hopefully the word can spread online and the culprits shamed into not doing it again,' says Cllr Brian O'Donoghue 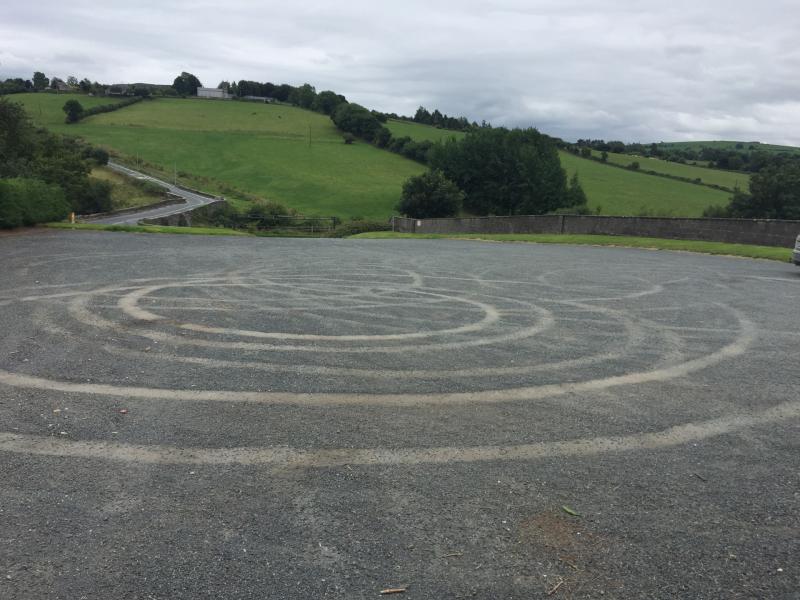 The doughnuts in the car park of Hacketstown Graveyard

A series of car doughnuts at Hacketstown Graveyard has sparked uproar over the irreverence of performing the manoeuvre so close to graves.

A doughnut entails rotating a car around the opposite set of wheels in a circle which creates a skid-mark pattern (pictured).

The patterns were etched into the gravel of the graveyard's car park.

Speaking to Carlow Live, Cathoirleach of Carlow County Council, Cllr Brian O'Donoghue, said: "It’s shocking to think that someone could be as foolish and heartless to carry on like that so close to graves.

“It’s very possible that the people responsible are local to the area and could even have relatives buried in the graveyard so it’s unbelievable that that level of carelessness is going on.

“Hopefully somebody saw it happening and can report it to Gardaí and if not hopefully the word can spread online and the culprits shamed into not doing it again.”