Patrick Sullivan tried several times to sell the property - he claims he even offered it to the Council for €360,000 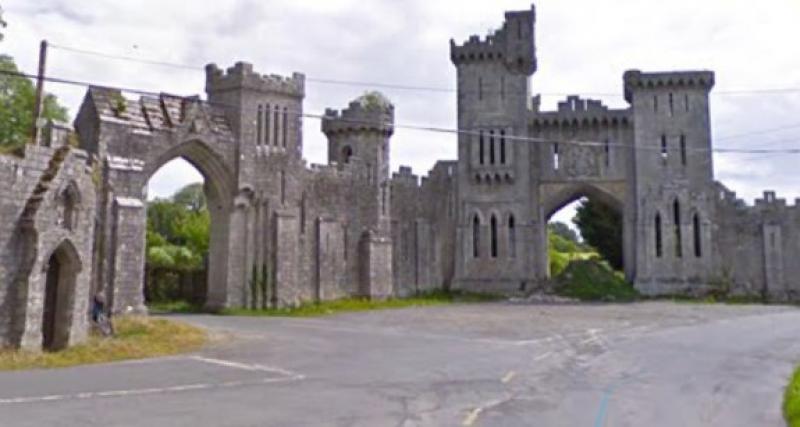 One of the owners of Battlemount Gate says he has made several attempts to off-load the building and the two acres at Russellstown Cross near Duckett's Grove and even offered Carlow County Council the property for €360,000.

Carlow Live this week reported that sinister graffiti and illegal dumping has blighted the historic gate house at the entrance of the road that leads visitors up to one of Carlow's most iconic tourist attractions, Duckett's Grove.

The gate house and lodge is on private land owned by Patrick Sullivan for the last 28 years and he claims the Council have made the sale of the lands very difficult.

Patrick said: "I've had buyers, several buyers, all from abroad. One company was going to go in there nine years ago and they just gave up dealing with the Council. The Council are not co-operating, they're blocking everything."

When asked how the Council could impede the sale of his private lands, he said: "The Council won't allow anything to happen, buyers won't purchase it until there's an endgame. This is not a county to do business in.

"I offered the Council the whole thing for €360,000 and they said they had no money. I offered to give them the site in exchange for something else, they wouldn't do that.

"I had permission to take it (the structure) down but then they (the Council) got an emergency court order stopping me and that order has never been lifted. They claimed it was a listed structure.

"I have it about 28 years. I bought it to take it down and it was going to be transported to a golf club in the UK."

The disused structure - dated to have been built around 1845 - has seen increased anti-social activity and councillors have described it as "unsightly and disappointing".

Carlow County Council were contacted to comment on Mr Sullivan's claims, no statement had been issued at the time of publication.