PICTURE: Cross made in Carlow to be part of Pope's mass in Phoenix Park

When asked how it felt, Anne Murphy replied: "Ah okay, it's an honour." 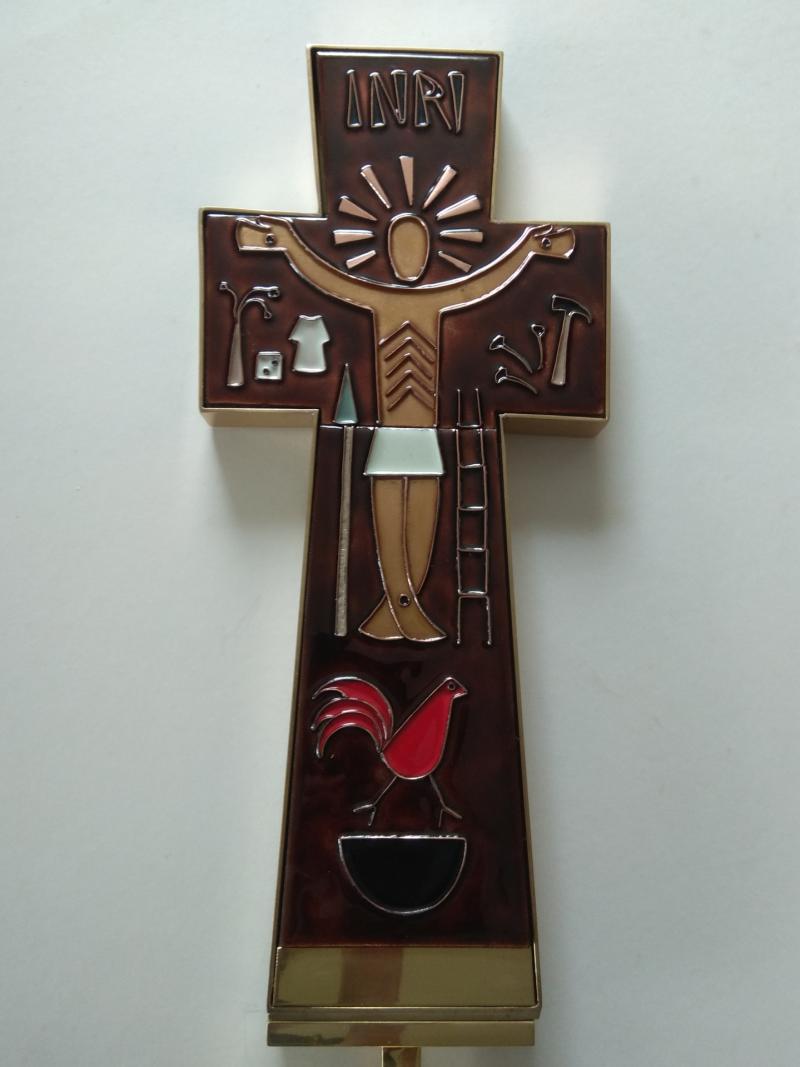 A processional cross (pictured above) made by Bagenalstown based artist Anne Murphy is to be used during Pope Francis's mass in the Phoenix Park.

Anne made penal crosses for an exhibition in 1990 called Christian Art 90 and the National Centre for Liturgy knew about the piece from the exhibition and thought it would suit the Pope's mass.

Originally, the plan was to enlarge an image of the piece but later the idea came about to make a processional cross so Anne made the artwork pictured and incorporated symbols of the Passion into it, including the spear, the hammer and nails, the garment and the dice.

It was picked up on August 7 for the mass in the Phoenix Park which is due to take place on August 26.

A processional cross is a crucifix or cross which is carried in Christian processions.

Meanwhile a penal cross will be present on the altar while the Pope celebrates mass.

The cross, which is carved into a single piece of wood, dates back to 1763 and has been cared for at a Carmelite Community in the Archdiocese of Dublin.

The penal cross served as the inspiration for the processional cross which was newly created by Anne of Eala Enamels in Carlow.

When asked how it felt to have a piece of her artwork involved in the ceremony, Anne replied: "Ah okay, it's an honour."

Anne - who is orginially from Wexford - has lived in Carlow, just outside Bagenalstown, since 1981 and says shes "retired now you could say".

In her career she has done work for churches around Ireland and also worked on secular themes and created enamelled pictures of birds, flowers, animals, symbols and religious images.

Her unique pieces have been bought and presented as gifts to presidents, bishops and to ordinary folk worldwide.