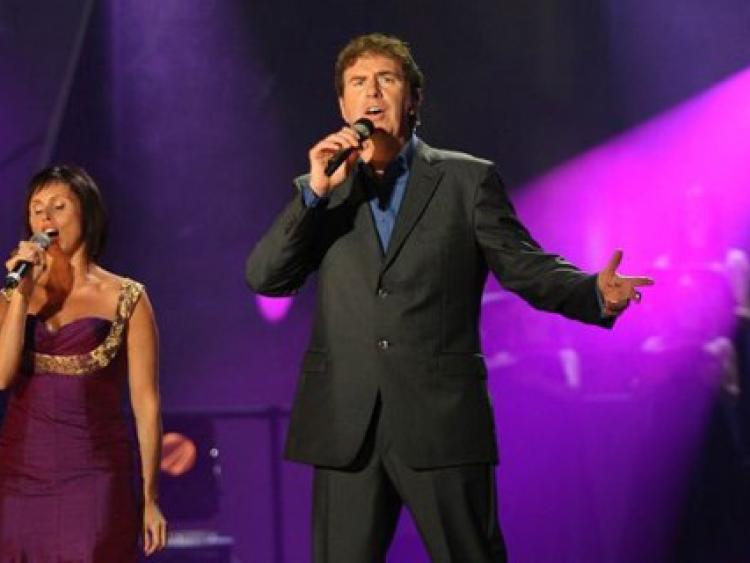 Edenderry priest Fr Liam Lawton will have the distinct honour of performing an originally composed psalm along with a massive choir for Pope Francis during the Papal Mass in the Phoenix Park set to take place during his Irish visit on August 26.

"I am greatly privileged to have composed the Psalm setting that will be used, 'The Lord hears the Cry of the Poor,' which is very much in keeping with the theology of Pope Francis," Fr Liam said.

Father Liam is a priest of the Diocese of Kildare and Leighlin and is originally from Edenderry. When ordained in 1984 Liam was appointed to the Cathedral in Carlow.

From there he went to teach at the Knockbeg College and in the year 2000 returned to post graduate studies at the University of Limerick.

Throughout his two decade-long career, his songs have been sung by choirs all over the world, have been translated into a number of different languages, and national and international artists have recorded them.

Read also: PICTURE: Cross made in Carlow to be part of Pope's mass in Phoenix Park

"I will sing the Psalm also on the day which I  am so honoured to do. I am very conscious of joining with great illustrious Irish composers whose music will feature on this day," Fr Lawton commented.

Fr Liam took to social media to share a snippet of the choir, made of of thousands of people from around Ireland, rehearsing in the RDS over the weekend with conductor John O'Keeffe.

Organisers of the World Meeting of Families 2018 got a taste of what the music for the Papal Mass will sound like in the Phoenix Park on Sunday 26 August at this first large scale choir rehearsal in the RDS, Dublin last Saturday.

More than 2,000 members of the Papal Mass Choir gathered together to do a full run through of the music for the Closing Mass of the World Meeting of Families 2018. In total, 3,000 voices from across all 26 dioceses will make up the main choir, and many more will contribute to the congregational singing with their own parish choirs in the corrals spread across the Phoenix Park.

Individuals and choirs have been rehearsing together locally in their dioceses for a number of months but this was the first time that the countrywide group was brought together.

Commenting after the rehearsal Derek Mahady said that he was heartened by the work and effort that each diocese has put into the preparation of the music for the papal Mass. "The coming together of so many voices in song has given all of us involved in leading the music a sense of how uplifting it will be for all those families gathered for the Closing Mass of WMOF2018 with Pope Francis."

The WMOF2018 has also announced the full details of the Liturgical Music and the Music Team for the Papal Mass. The music team includes:

Derek Mahady as Liturgical Music Coordinator;
Dr John O’Keeffe as Conductor of the Core Choir and Orchestra;
David Grealy as Organist;
Amy Ryan and Dominic Finn as Assistant Conductors of the Massed Choir.

The music chosen for the Papal Mass, including Fr Liam's piece, will place an emphasis on congregational singing and so many of the pieces will be familiar to those in the Phoenix Park congregation of 500,000.

Other Irish music and composers feature prominently throughout the Mass. The Opening Hymn is A Joy For All The Earth which is the official hymn for WMOF2018 written by Ephrem Feeley.

Two pieces by Ireland’s most renowned liturgical composer, Seán Ó Riada, feature as the Penitential Rite/Kyrie (A Thiarna Déan Trócaire), and at the Lord’s Prayer (Ár nAthair). Fintan O’Carroll’s Celtic Alleluia with an enhanced verse by Ronan McDonagh will be sung as the Gospel acclamation.

The Apostles’ Creed will be John O’Keeffe’s own composition, while Fr. Pat Ahern’s A Thiarna Éist Linn will be sung between the Prayers of the Faithful.

As this is a World Meeting of Families there will be a number of international composers featured in the Mass including Caritas et Amor by Z. Randall Stroope has been chosen for the Presentation of Gifts and three piece from Jean-Paul Lécot’s Mass of Our Lady of Lourdes will feature as the Gloria, Sanctus, and Doxology/Amen.

And finally, the Anthem to Our Lady will be Go mBeannaítear Duit, A Mhuire by Peadar Ó Riada (son of Seán), and the Recessional Hymn: Jesus Christ, You Are My Life by Mon. Marco Frisina.