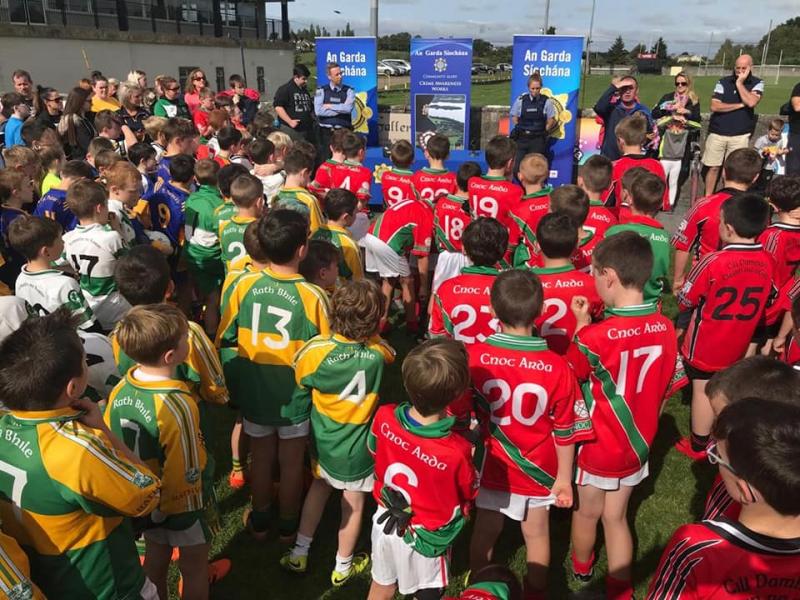 A huge crowd turned out

Over 100 young footballers took part in another "hugely successful" Garda Under 10 Football Tournament in Tullow at the weekend.

A total of 109 young footballers representing eight teams took part on Sunday and there were lots of skill on show from Carlow's "budding stars of the future" each of whom got to play in a final.

Medals were presented to players by Sergeant Conor Egan and Garda Esmay Mannix of the Carlow Community Policing Unit.

Carlow Gardaí said: "Garda Mannix (pictured below in goals) showed off her skill as a goalkeeper for a penalty shoot out. Everyone was a winner and congrats to Palatine who came out on top in the A final to claim the trophy." 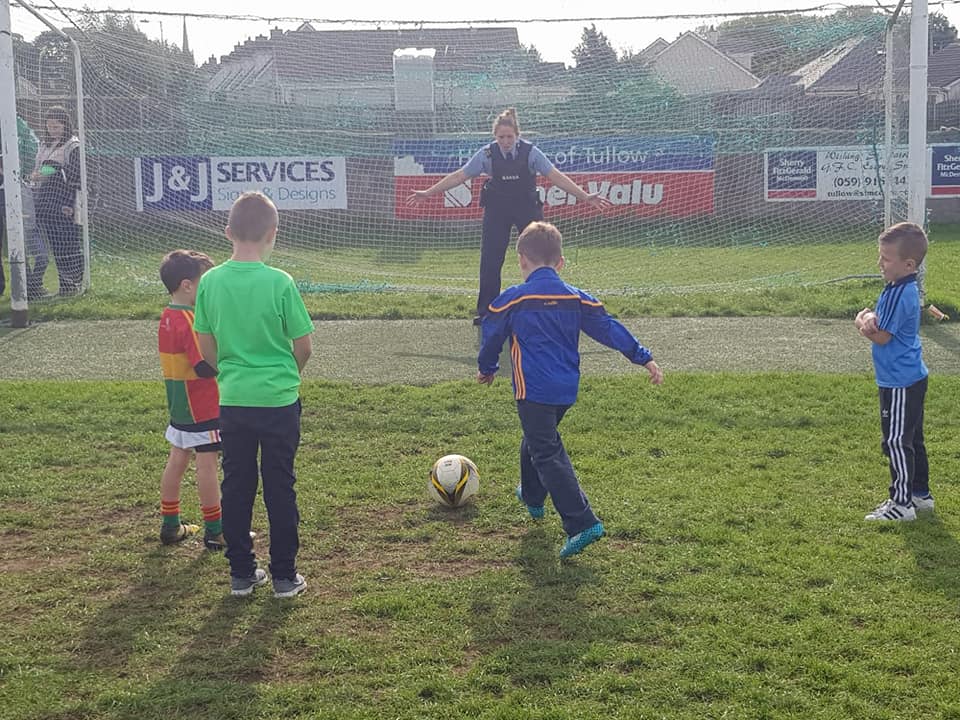 "A big thank you to St Patrick's GAA club in Tullow for hosting the event. As always the organisation and hospitality was top class. Well done to all." 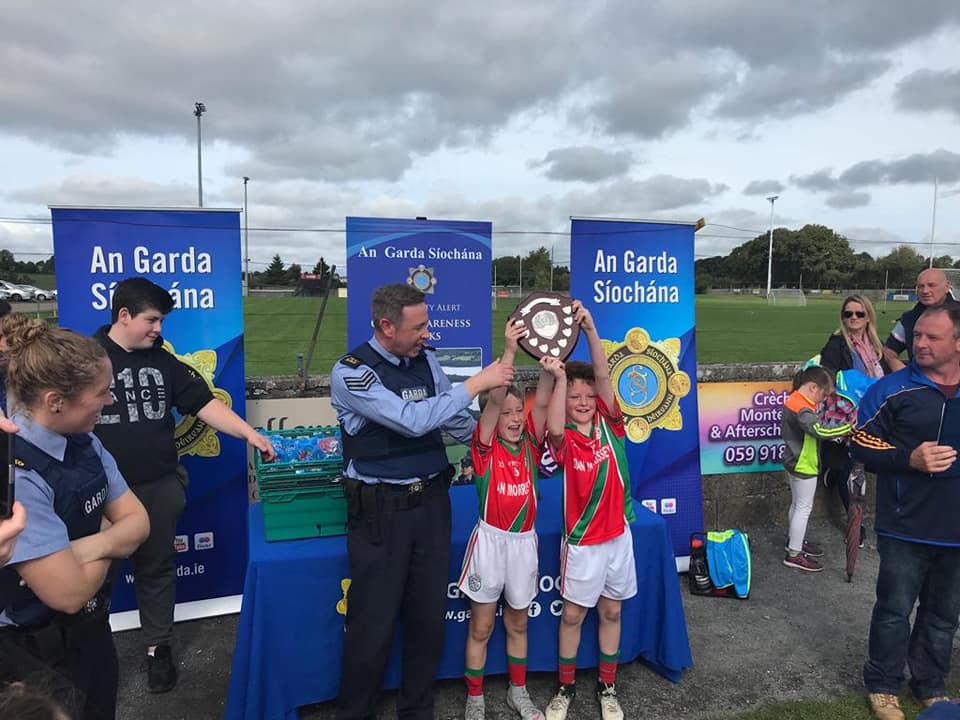