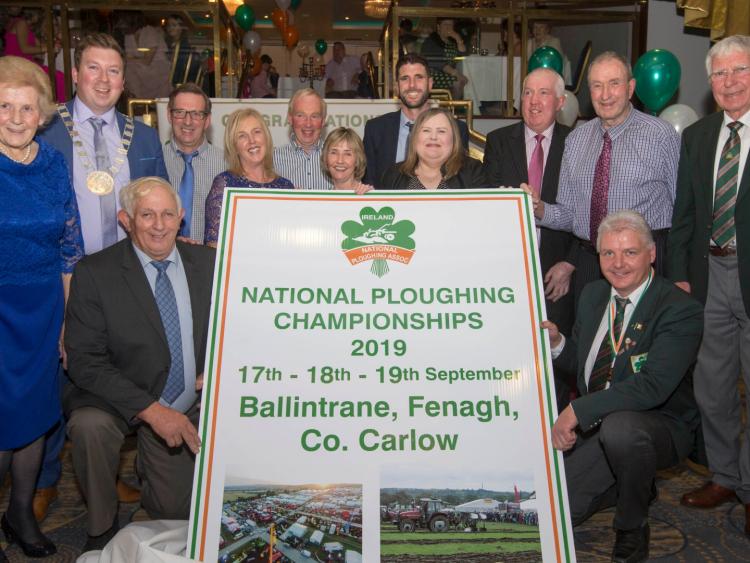 The annoucement was made in Tullamore on Sunday

The 88th National Ploughing Championships has "only been confirmed for 2019" at the site in Ballintrane, Fenagh from September 17 to 19 next year.

Read also: Carlow confirmed as the venue for the 2019 National Ploughing Championships

A spokesperson for the National Ploughing Association said the site has "only been confirmed for 2019".

The site in Carlow has seen 930 acres gathered up and 24 local landowners are involved.

Some 180 acres of the site will be used for the trade stands, 200 acres for ploughing and the rest of car parking.

Speaking after the announcement the NPA Managing Director, Anna May McHugh, said: “We are delighted to be staging the event in Ballintrane, Fenagh, Co Carlow, as the site has all of the criteria to qualify it as an excellent place to stage next year’s ‘Ploughing’.

“I would also like to take the opportunity to thank the people of Offaly for all of the goodwill and support for the last three successful years, when the event was held in Screggan, Tullamore, Co Offaly."