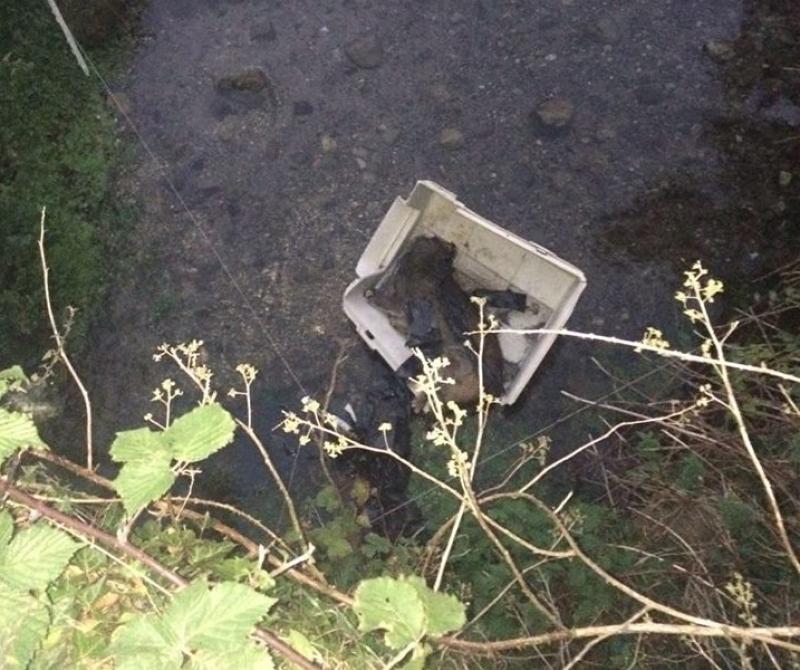 A picture of the illegally dumped waste

A councillor has praised the efforts of Carlow County Council after what he described as a "scurrilous" act of illegal dumping near Rathoe recently.

Cllr John Pender raised the issue at this month's meeting of Carlow County Council and highlighted an incident where waste was dumped into a river that's a tributary of the Burren - which he said could have impacted on the water supply to the public.

"There was a dead animal in the waste and it was initially thought it was a dog but upon closer inspection turned out to be a partially butchered deer thrown into the river," he told the meeting on Monday afternoon.

He praised the Council for their quick response and clean-up of the site where the dumping occurred upstream of water intake at Sion Cross.

Cllr Pender also thanked the local knackery for disposing of the dead animal.