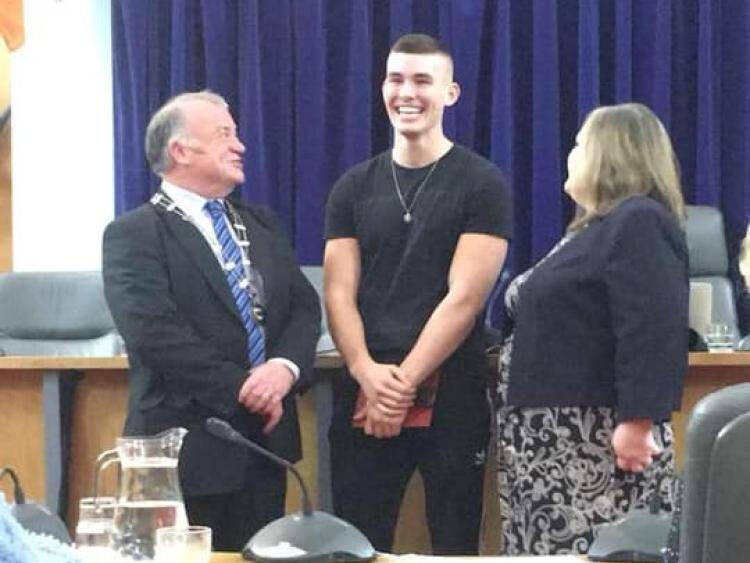 Alexander with Mayor of Carlow, Ken Murnane (left) and Council chief executive Kathleen Holohan (right) at a special awards ceremony in the Council Chamber on the Athy Road

Alexander Holland-Walsh has won the Carlow Busking Competition after the competition was whittled down to just three finalists after a public vote.

The competition - which saw the finalists' videos being viewed almost 80,000 times - has been hailed as a huge success.

Alexander - whose video for the competition was of him performing the hit song 'Ain't No Sunshine' - has won €500 worth of Love Carlow vouchers and also received a plaque at the Council Chamber on Monday night to recognise his achievement.

Alexander's mother took to Facebook on Monday to thank everyone for their support.