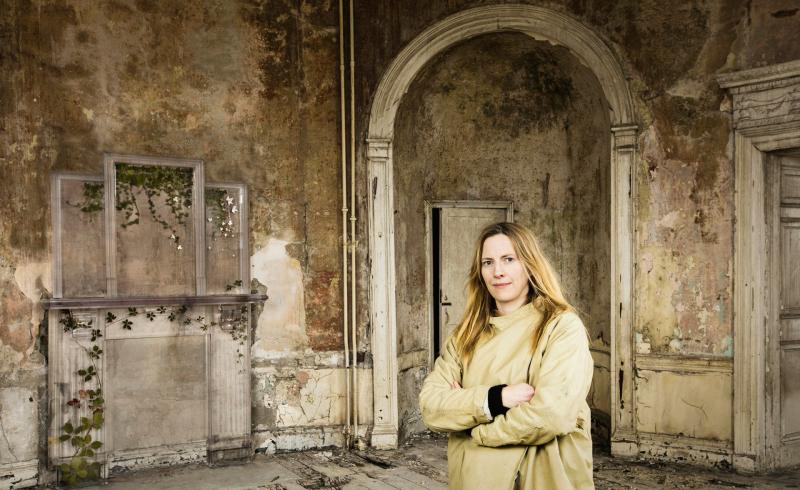 Rathvilly artist Sasha Sykes will compete for the country’s most significant contemporary arts award at Vue 2018 at the Royal Hibernian Academy from November 1-4.

The €5,000 Savills Prize is awarded to the artist who has produced an outstanding body of work in the last year or made some other substantial contribution to the visual arts in Ireland.

12 of Ireland’s leading contemporary art galleries have each nominated an artist as a contender for the prize, which is being adjudicated by an independent panel of experts.

Sasha has been nominated by the Oliver Sears Gallery, Dublin where her work has received critical acclaim from Ireland, the UK and the USA, and primarily engages with classical Irish themes.

"In over 20 years, Sasha has refined the process of making art in resin," the gallery said of the Dublin-born artist who now lives in Carlow.

"The richness of the natural composition and climate of the island of Ireland and all the complexities of its history weave through her creations.”

The winner will be announced from a shortlist of five contenders at Ireland’s National Contemporary Art Fair Vue 2018.

"This is the fourth year the Savills Prize has been presented at Vue and we hope the award will become as important to Irish art as the Turner Prize is in the UK," said Vue 2018 organiser Patrick O’Sullivan.

“Savills is the perfect partner to present the Prize as most art is found in homes and businesses, and not just museums.

“Vue 2018 is a great opportunity for collectors and investors to experience some of the best contemporary art currently being created in Ireland, and to get some expert advice and guidance from leading galleries.”

Last year’s prize was awarded to one of the country’s most noted abstract painters, Samuel Walsh