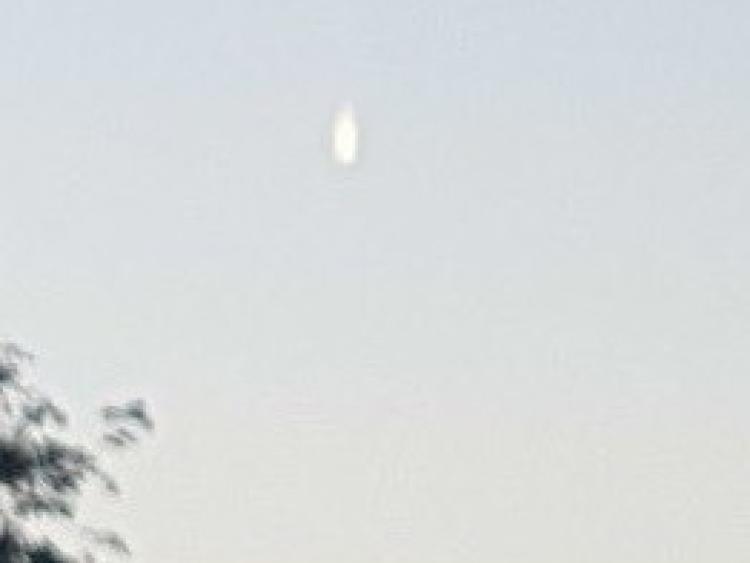 It has nothing to do with little green men (Credit: Carlow Weather)

Anyone else spot two objects in sky over Carlow on Thursday evening shortly after 6.30pm?

The pictures were posted on www.carlowweather.com who issued an appeal for information on the objects.

One person on Twitter, John J Waterford, provided the clearest explanation, he said: "Probably America Airlines AA107 B773 N736AT at 32,000 feet Heathrow to JFK and Swiss International Air LX52 HB-JMH A343 at 36,000 feet Zurich to Boston.

Anyone else spot two objects in sky over Carlow in last 30 minutes? A follower sent these photos wondering what they were. pic.twitter.com/YJmZ1eSmnG