The issue was discussed in the Seanad recently 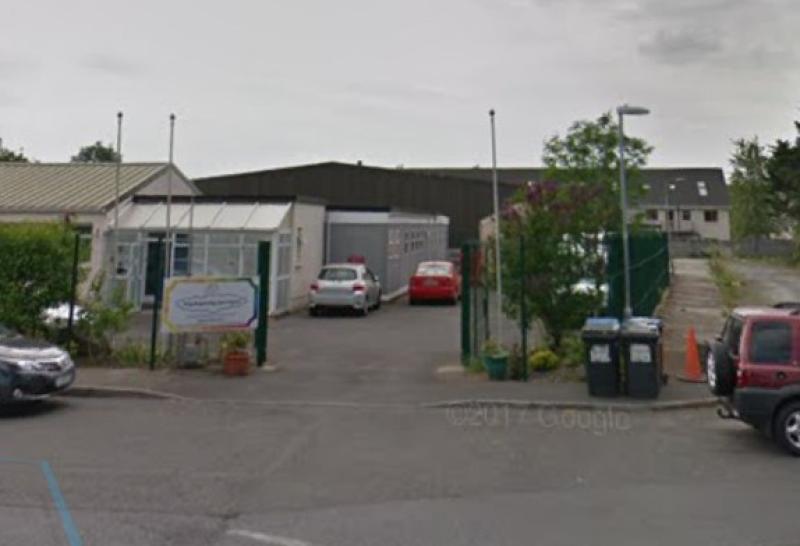 A row erupted in the Seanad over claims of €580,000 funding allocation to Holy Angels Day Care Centre after Senator Jennifer Murnane O'Connor said fundraisers for the facility are "a regular occurrence because there is no other help for it".

The local Senator brought up the issue with the Minister of State at the Department of Health, Jim Daly, last week.

She sought an update on the new building for the Holy Angels Day Care Centre in Carlow and the status of Holy Angels Tír na nÓg Respite Services.

Speaking in the Seanad, Senator Murnane O'Connor said: "The centre has been promised capital funding and has been waiting years for it.

"The Holy Angels Day Care Centre was established in the basement of Carlow's old district hospital in 1978 because there was a need for day care for children with special needs.

"There is still that need today but the centre is in urgent need of investment."

The centre now exists as a designated specialised preschool for children aged from 18 months to six years and caters for children with a range of disabilities such as down syndrome, cerebral palsy, spina bifida, autism and rare conditions such as Pierre Robin syndrome and Rett syndrome.

There are 35 children in the school, which has a waiting list of 20 because it is "still waiting for capital funding which was promised more than 11 years ago".

Senator Murnane O'Connor added: "An interim amount of €150,000 was given last year. That was urgent. The Minister, Simon Harris, had to come down because the roof was leaking and the flooring was in a very bad state.

"As some service users use wheelchairs, all that flooring had to be taken up and new flooring put down.

"From a basement to prefabricated accommodation, the staff have had to work in these conditions and they deserve better. The children deserve better, as do the parents of those children left idling on waiting lists.

"They were given promises and commitments but they have not received their new school. Essential maintenance work was completed but that is just not good enough. They all need a school for Holy Angels that is fit for purpose.

"The facility has a wonderful hydrotherapy pool for the users of the centre, from which the wider community also benefits. This 21 year old hydrotherapy pool needs to be upgraded. This facility was promised funding for a new school and pool but, again, nothing has happened."

She added: "As someone who has been on the board of Holy Angels for the last few years, I would like to say that we have been getting information from the HSE. It is telling us everything but telling us nothing at the same time. We are told there is a site.

"We have been told that and told it again. We are just waiting on the capital funding because the school's current location is too small to allow for extension. We need a larger site. The HSE has a site in Carlow.

"It is telling us that it is there. I am looking for full commitment from the Minister of State on that funding.

"The second status report I seek is on the overnight accommodation for respite services for parents of children in Carlow.

"These services were previously provided by Holy Angels in a house in Carlow called Tír na nÓg which closed in December 2015.

"Arrangements for alternative respite provisions were set up in partnership with the HSE and Holy Angels and extended until a tender process for the provision of respite services in Carlow-Kilkenny was completed.

"Enable Ireland was the successful tenderer. Since 1 September 2017 Enable Ireland has taken over the provision of respite services to children with complex disabilities in Carlow-Kilkenny.

"The matter of providing overnight respite services to families in Carlow-Kilkenny has not yet been dealt with. A house, formerly a Patrician Brothers home, was purchased in Tullow and the families were promised that the renovation and setting-up of the house was to be fast-tracked and that they would see a new service later this summer.

"That has not happened. The house was supposed to be ideally suited to the needs, and renovations were not expected to cause any delay. When are the children going to be put in this overnight respite service that was promised? It is three years since we had overnight respite in Carlow. It is unacceptable.

"The reason I brought this up today is because we spoke about people in need in respect of the budget. We have Holy Angels and a respite service in a house called Tír na nÓg in Carlow.

"Holy Angels is in prefabricated accommodation. This is 2018 and this has been going on for 40 years. It is unacceptable."

In response, Minister Daly said: "Holy Angels Day Care Centre is funded by the HSE and almost €580,000 has been allocated for 2018.

"This hurdle has now been overcome as the HSE has said that it will make land available at Kelvin Grove for the new school.

"In the interim, major renovations and a general revamp have been carried out in recent weeks on the Holy Angels building at Strawhall Estate. This included floor replacement and repairs to the roofs of the prefabricated units.

"The children's toilet has been moved to a different location and new fire doors have been installed.

"The matter of providing overnight respite services to families in Carlow-Kilkenny is of key importance to the HSE and Enable Ireland. A property has been identified to provide overnight respite and the process of purchasing this property is under way.

"Once the purchase is complete, the property will be refurbished in line with Health Information and Quality Authority, HIQA, standards in order that it is an appropriate setting to deliver overnight respite services to children.

"Until this property is available, Enable Ireland will work with the children and their families from the Carlow-Kilkenny area in order that it can continue to offer alternative respite supports to these families."

However Senator Murnane O'Connor sought clarity from the Minister on the €580,000 allocation from the HSE.

"I need clarification from the Minister of State today on what exactly is happening. The Holy Angels centre needs more than €5 million to build a new school. The HSE has told us we have the site.

"It is frustrating that, with the budget process under way, babies and children are in prefabricated buildings 40 years after the Holy Angels organisation was founded.

"We still have no commitment to a building for Holy Angels. I ask the Minister of State to resolve this issue. I know he will revert to the Minister of Health, but we need an answer on this.

"I also need clarification on the €580,000 in funding. On what exactly is that being spent?"

Minister Daly responded: "I have given the Senator answers. I can clarify that the figure of €580,000 is for 2018, not 2019. It has been allocated by the HSE for the Holy Angels centre. The Senator said that not a cent had been given and the centre was relying on fundraising. That is not correct. Some €580,000 was given."

The Senator replied: "I am on the board and we need to clarify this."

Minister Daly added: "I have no problem giving the answers that the Senator seeks if I am allowed to do so. She asked a number of questions about the future.

"I confirmed that the site had been secured and provided by the HSE, which allows it to progress to the next stage.

"She also asked about respite and I replied that a review of the services had been carried out. Many counties are well behind Carlow-Kilkenny in that area and their reviews have not taken place.

"The review has taken place in Carlow-Kilkenny, the outcome has been agreed, a tender process has been carried out, and a successful conclusion to that process has resulted in Enable Ireland getting the contract.

"There is a building to be procured, the sale of which is going through at the moment. Once it has been procured, there will be additional capacity for Enable Ireland and the HSE to provide additional respite services.

"I have given a number of answers now, and I reiterate that the money has been given to the services, there has been a review of the respite services, a site has been chosen and agreed for the brand new school, and a new building is in the process of being purchased for the additional respite provision."

Senator Murnane O'Connor concluded: "I thank the Minister of State but we need this in writing because the information I have differs slightly from the information he provided."