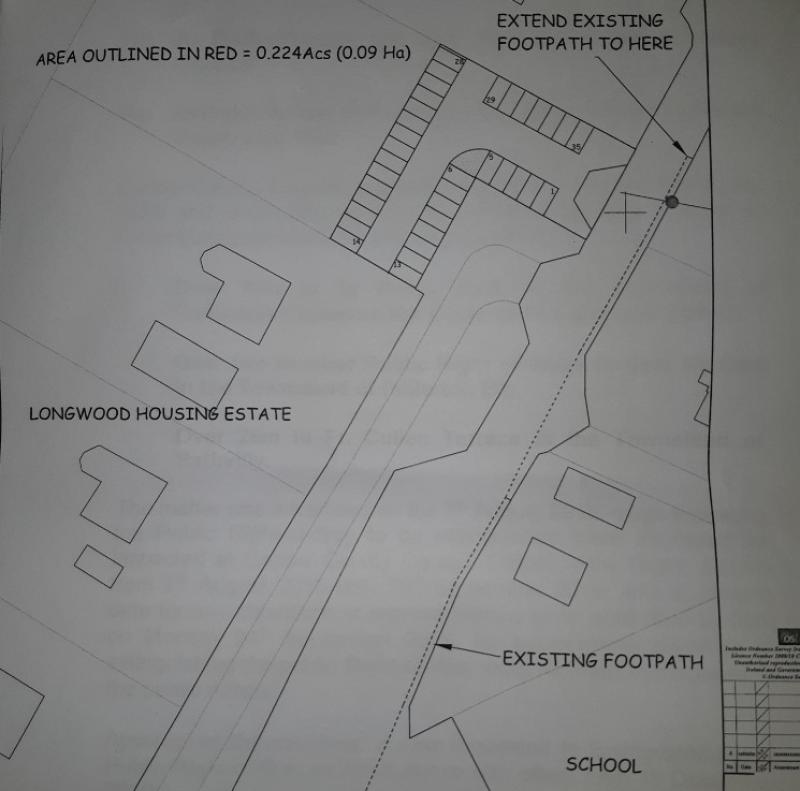 A map of the proposal

Councillors have approved a proposal to lease land for 35 additional parking spaces in Bennekerry.

The extra spaces will now be provided after Cllr Ferghal Browne made representations to the local authority regarding traffic congestion and parking space availability in the vicinity of the school and church.

Following lengthy discussions with a local landowner, an agreement has been reached regardng the leasing of 0.224 acres.

The estimated costs of converting the area (pictured above) are in the region of €20,600.

Carlow County Council have negotiated with the landowner an annual land rental cost of €3,000 for a period of five years with an option to extend the lease.

Speaking at the Carlow Municipal District meeting on Friday, Cllr Browne said it is "badly needed" and there will be a benefit to the school and church.

Cllr Fintan Phelan added that he hoped the car park would go in as soon as possible and said it was "the best deal we can possibly get".

The councillors unanimously agreed to proceed with the proposal and the necessary arrangements regarding the lease agreements and identifying funding to undertake the project.