The international competition awards ceremony was held in Skopje, Macedonia 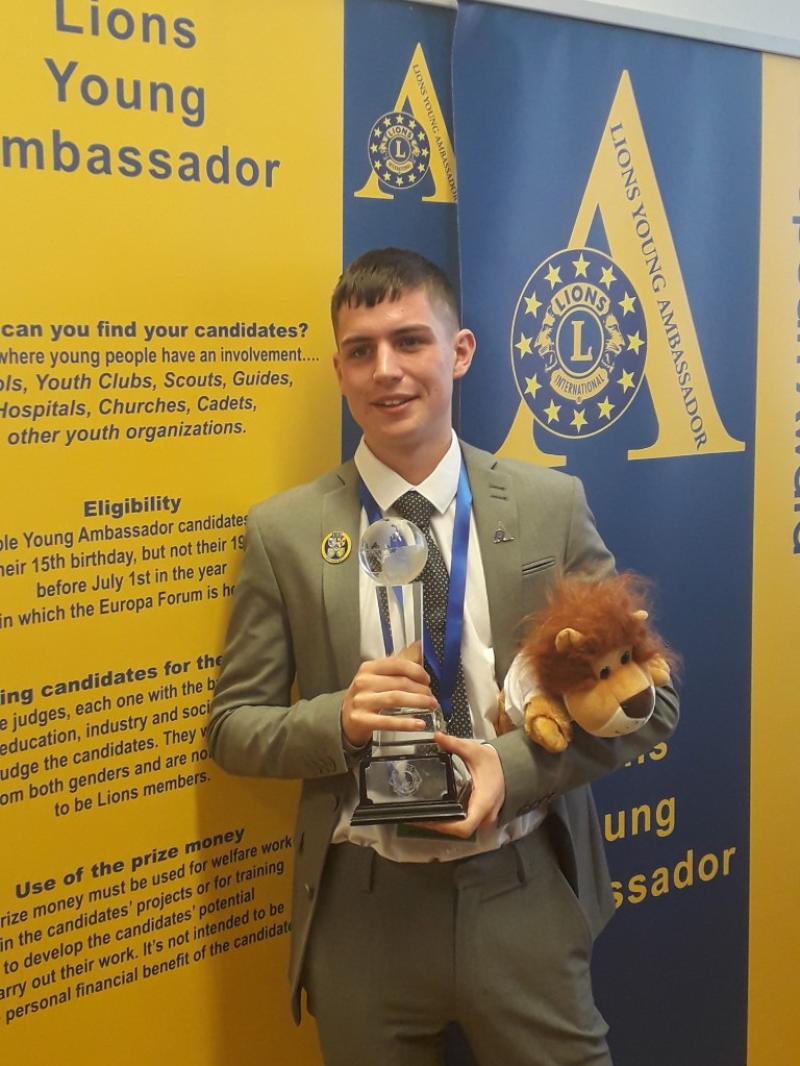 Darren McDonald with his award

Darren McDonald from Tullow, Carlow, has been named ‘Lions Club European Young Ambassdor 2018’ at an international competition in Skopje, Macedonia.

The 19 year old former student of Tullow Community School, was chosen by an international jury from among contestants from UK, Germany, Macedonia, Belgium, Italy, Ireland and Romania for the ‘Young Ambassador’ title.

He receives a bursary of €3,500 which he plans to invest in providing access for teenagers with special needs to ‘Café JamRock at his local Tullow Club.

Among the young people who will benefit from the project are students of St. Laserian’s Special School in Carlow, where Darren’s two brothers, who both have Autistic Spectrum Disorder (ASD), have been students.

Darren has been a mentor to his brothers from an early age and has raised more than €6,000 to help buy a specially-designed minibus for the students of St. Laserian’s.

He has promoted positive mental health awareness through the Youth Club and headed a ‘Generation Connection’ project in which senior citizens and teenagers ‘talk, sing and dance together’ with the teenagers sharing their IT know-how while the senior impart knowledge of local history and heritage.

Darren has raised funds for  HOPE Foundation in Kolkata, India, has won Gaisce and John Paul II awards for volunteering and has recently joined the Irish Army Reserve.

He also owns and cares for more than 170 animals.

Darren was nominated for the Young Ambassador Award by Carlow Lions Club and was accompanied at the competition by Lions Clubs District Youth Officer Brian O’Keefe, who said: "We are tremendously proud of Darren, who is a wonderful ambassador and a role model for young people in Ireland and throughout Europe".