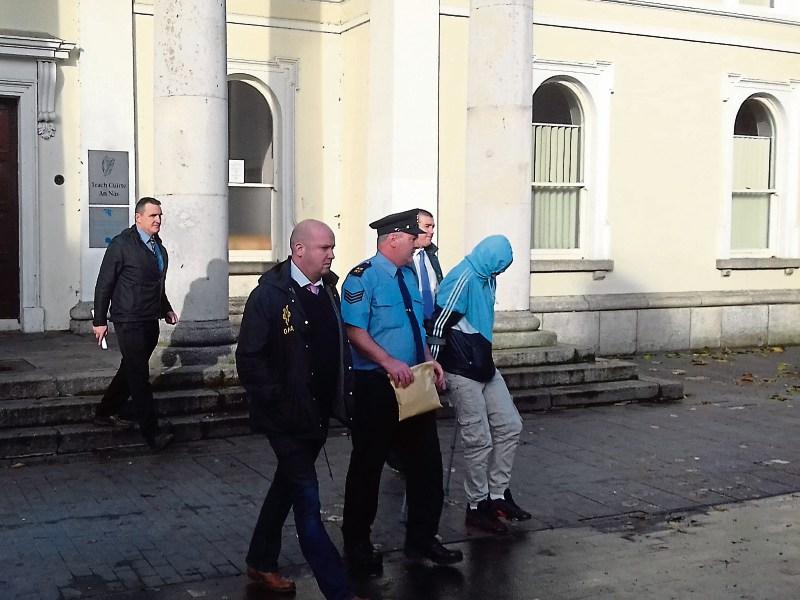 A 20 year old Athy man charged with the murder of David Boland, aged 34 and from Nurney, appeared at Naas Courthouse on Sunday morning.

Calvin Cullen whose address was given as 47 Greenhills,  was remanded in custody by Judge Desmond Zaidan.

Det. Gda. Niall Bambrick gave evidence of arresting the defendant yesterday at 10.39pm in Naas garda station and charging him at 10.57.

When charged the defendant said: “I never meant for him to die, I’m sorry for his family. I hope they believe I didn’t mean that to happen.”

Det. Bambrick said it’s alleged the deceased was stabbed three times in Duke Street in the early hours of November 1 and it’s alleged there were a number of people on the street at the time. The victim was taken to Portlaoise Hospital and later died.

He told Judge Zaidan it’s alleged the deceased was driving, parked the vehicle and came into contact with the suspect.

Barrister Laurence Goucher (instructed by Kieran O’Brien Solr., Limerick) sought legal aid for a solicitor and two counsel. He also applied for a legal aid certificate for psychiatric evaluation and Judge Zaidan said he would deal with this at a later date.

The defendant, who wore a black top, grey trousers and white runners was using crutches. He wore a two tone blue track suit top, which covered his face, when he left the building (above pic).

He spoke only once during the 15 minute hearing to indicate that he had received medical attention.

He will appear again at Naas District Court on Thursday.