'It’s a short growing season and timing is crucial at every stage...' 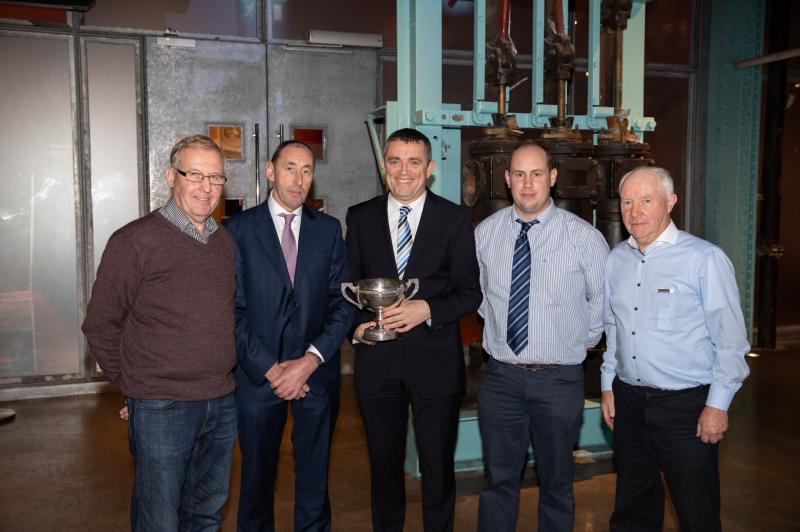 Michael Byrne from Pollerton Little and Paddy Kelly from Drumphea, Garryhill were acknowledged for excellence in malting barley production and promoting sustainability.

Wexford farmer Padraig Kehoe took the top prize for his malting barley crop at the awards. The awards acknowledge excellence in malting barley production and promote sustainability in the supply chain.

The awards are organised by Boortmalt, one of the largest producers of malt in the world and hosted by Diageo, the largest purchaser of malting barley in Ireland.

The Cup has been awarded annually to barley growers in Ireland since 1954.

There are over 900 barley growers in Ireland and the Malting Barley Excellence awards bring together the best growers from the main barley supply regions of Ireland while also recognising the best seed producers.

Michael Byrne said: “It’s a short growing season and timing is crucial at every stage.”

Addressing the awards ceremony at the Guinness Storehouse in Dublin, Deputy Deering said: “The growth of the drinks sector is entirely dependent on a supply of high quality malting barley.

"In this respect Irish cereal farmers have made a huge contribution to the success of the sector by producing the raw ingredients needed to develop the industry. Today I an opportunity to acknowledge the technical know-how and dedication of our malting barley growers."

Diageo uses more than 130,000 tonnes of barley each year at St. James’s Gate and 300 tonnes every day to brew Guinness, buying approximately 13% of Ireland’s total annual domestic production of barley.