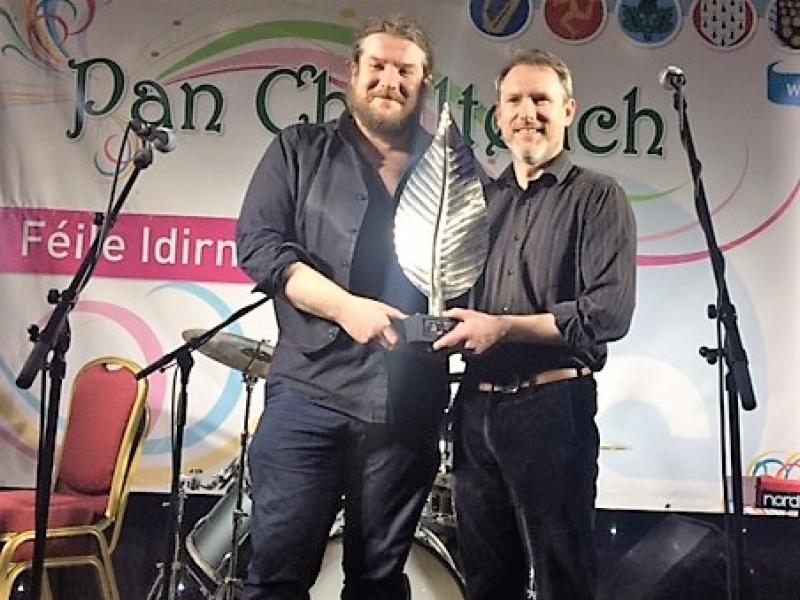 Entires are being sought for the 2019 Pan Celtic Song Contest which will be held in Carlow.

The winning song will go forward to the international song contest which will be held in Letterkenny in 2019 -  after that it will be Carlow for the Pan Celtic International Festival 2020.

The competition to find newly composed songs in the Irish language is open to all styles whether traditional, pop, rock, country, jazz or classical with soloists, groups and bands all welcome to enter.

2019 will be the 8th year for the popular competition to take place in Carlow.

Sponsored by IMRO and Gael Linn, the competition attracts entries of the highest quality from across the country.

This year’s winning duo Pádraig Seoighe and Niall Teague went on to win the International Pan Celtic Song Contest and a further €1,500 with their haunting ballad ‘Ar Saoire’.

Read also: Graiguecullen GAA hosting an 'I'm a Celebrity Get Me Out of Here' fundraiser

Closing date for receipt of entries on cd or mp3 for the 2019 national song contest is 5pm on Friday, February 1.

The organisers are anxious to confirm that professional recordings are not a requirement at entry stage. Entries will be shortlisted and the finalists will then compete at the live gala finals on Saturday, 23 March 2019 which will be held in the George Bernard Shaw Theatre.

A panel of judges will choose the winning song to go forward to represent Ireland and go head to head with the other national winners from Wales, Scotland, Brittany, Cornwall and the Isle of Man at the International Pan Celtic Festival 2019 which will be held in Letterkenny next April. 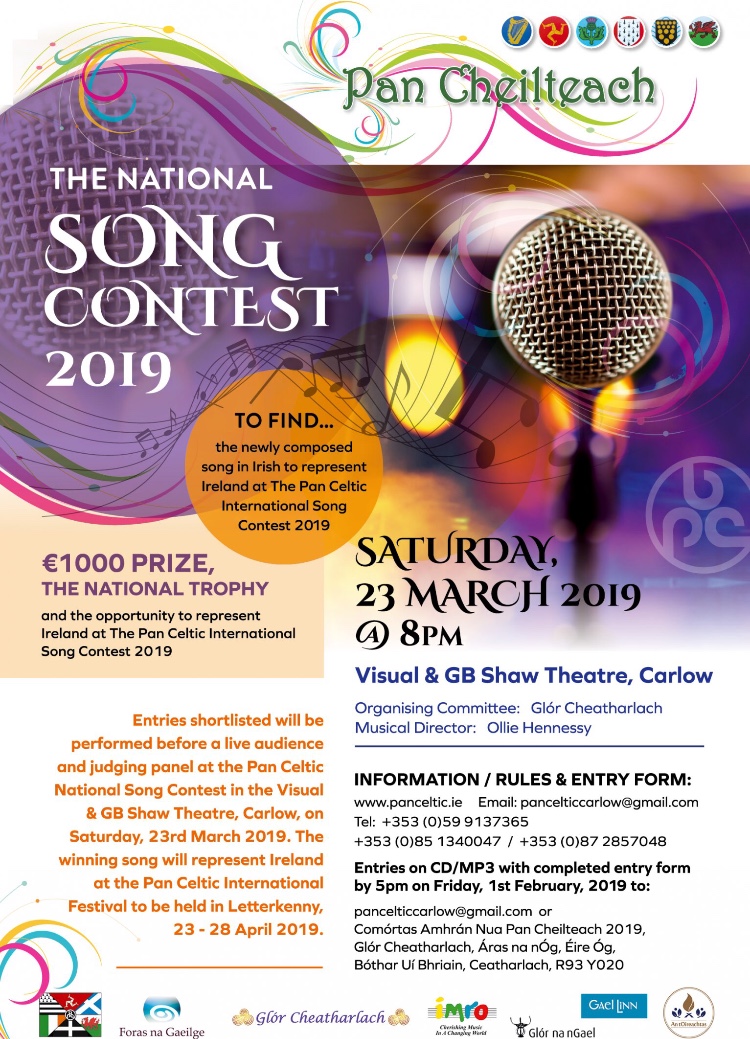 Full rules on the competition and application forms are available now on www.panceltic.ie .