Carlow Islamic community hold fundraiser due to 'essential need' for a new €120,000 centre

Details on how to make a donation are in the article 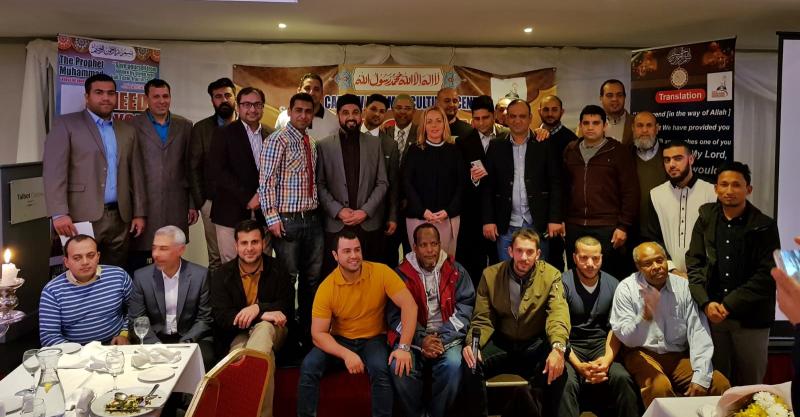 The event was organised by Muslim communities residing in Carlow Town to raise funds to acquire and renovate a new cultural centre in Carlow.

Men, women and children from the diverse Muslim communities and the members of Irish community and Gardaí attended the event where they were served with a buffet.

Religious scholar Shaykh Adnan Sohail, project manager of Minhaj Welfare Foundation UK and Europe, was given a warm welcome as the special guest speaker, who spoke about the importance of charitable hearts in laying the foundation for a place of worship and of inclusiveness.

Nadir Yasin introduced the agenda of the night while Hafiz Hassan opened the event with an Islamic prayer. Dawood Alyaan, the incumbent Imam of CICC, highlighted the values of charity in Islam.

Meanwhile, Ahmed Ghirfani, the chairperson of CICC briefed those gathered on the arrivals of Muslim communities in Carlow and the essential need of a new centre for "worshipers, cultural events, and children classes".

Ayesha Yousuf, a new generation of Muslim girl born in Ireland, recited Islamic Nasheed - or song in English - to bring light and conclude the event.

A total of €11,000 in cash and made-promise was pledged from a number of generous donors on the night.

€120,000 is estimated to cost for the completion of centre in entity.

Donations can be made to the following account of Carlow Islamic Cultural Centre: