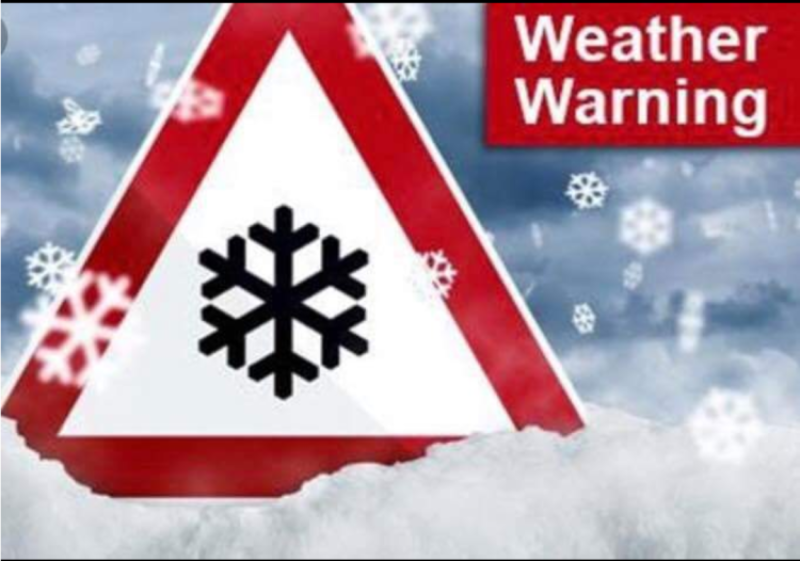 Cathal Nolan from the Midland Weather Channel has said the prospects of snow are 'increasing' in the extended forecast.

Speaking about this week's relatively mild weather, Cathal said: "You may be forgiven for believing that the increasing hype about the prospects of an imminent cold spell was rubbish but such warmth will turn out to be the prelude to what has the potential to become a rather prolonged spell of cold weather."

"Virtually all the forecast models continue to indicate that throughout the course of next week will enter a much cooler spell of weather, with temperatures falling below average in all areas, and night-time frosts becoming increasingly likely and severe," he added.

"Temperatures initially are forecast to range between 5-7 degrees Celsius, so not cold enough for widespread snow at low levels, certainly not for the first half of next week. However, the prospects of snow do increase throughout the extended forecast period."

The meteorologist says "the main reason behind this transition towards much colder weather is due to changing pressure patterns across the Atlantic, with a blocking Scandinavian high-pressure system becoming established, ensuring any Atlantic weather fronts are kept at a considerable distance from our shores."

"This blocking then begins to draw in much colder air from Arctic and Siberian areas. Initially this changing air mass won't be as cold as that experienced in 2009/10 or during "the beast from the east", due to the fact that the air over Siberia and the Arctic really hasn't had the time so far this winter to cool sufficiently, while sea temperatures in the North Sea and Irish Sea remain higher than they otherwise would be in December or January," Nolan explained.

"However, the longer the cold spell persists, the colder the air mass will become. If a considerable base of snowfall manifests itself across continental Europe and Siberia then this en-trained cycle of cooling would lead to the establishment of much colder air and subsequently a much higher risk of snowfall further west across Ireland and the UK," Cathal explained.

"As we progress towards the last week of November and the start of December temperatures are forecast to drop even further with an increased risk of snow on a more widespread basis."