'I would have drowned in the river', says Sandra Keane as her niece is to receive bravery award 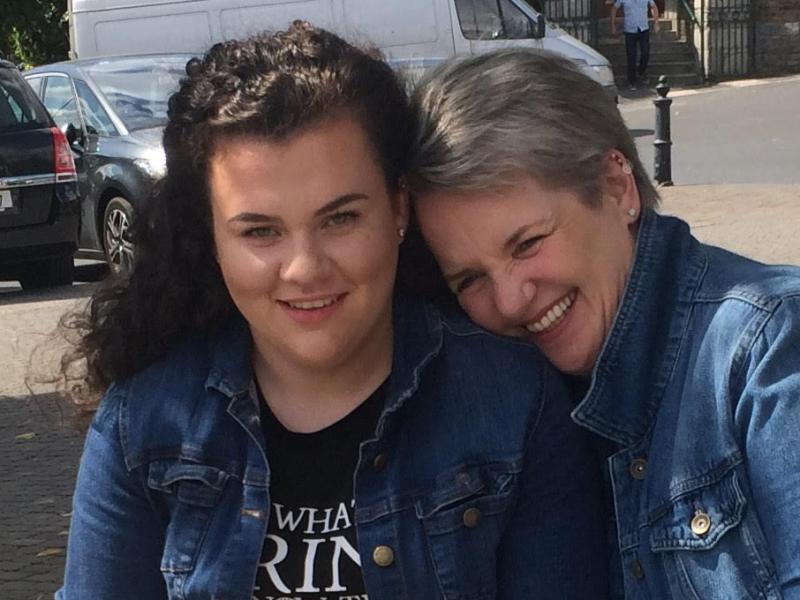 Bebhinne Keane (left) will be presented with a bravery award after saving her aunt, Sandra (right), while they were swimming near Borris last summer

A teenager who held on to her aunt and kept her safe in the River Barrow while the woman was having a heart attack is to be presented with a bravery award by Irish Water Safety next Wednesday.

Sandra Dempsey Keane from Borris was kept alive by her niece, Bebhinne Keane, after she suffered a heart attack while swimming last summer.

Speaking to Carlow Live, Sandra said: "Basically, I would have drowned in the river had Behinne not kept me afloat, reassured me and she maintained a safe environment for us and the people who gathered on the riverbank. She took full control.

"Drowning would have got me long before the serious heart attack had got me."

Bebhinne, who has extensive training in water safety, is to be presented with the Irish Water Safety 'Just in Time' award at the Hibernia Conference Centre, Dublin Castle, next Wednesday.

Sandra, who is still recovering from her ordeal, added: "I am still off work indefinitely at the moment. Behinne is in London having completed her Leaving Cert last summer and is persuing an Embalming Qualification.

"Her Mam and Dad, Joseph and Patricia Keane from Dromore West, Sligo and my husband and child, Brendan and Abbi Keane, are all attending the awards ceremony next Wednesday together."