Women are significantly under-represented at management level of Local Government

Women are significantly under-represented at management level of Local Government across the country, with just 28% in Chief Executive roles and 26% as Director of Services.  While Carlow is one of only eight City and County Councils with a female Chief Executive, Kathleen Holohan, just one of its four Directors of Services are women. 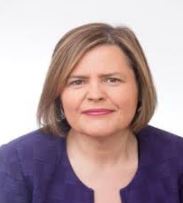 The information was brought to light by Fianna Fail TD Robert Troy who submitted a Parliamentary Question asking for the percentage ratios of male to female.

Whilst there is not one single female Chief Executive in Connacht, Leinster, excluding Dublin, holds the lowest percentage with only 21% of the senior positions at Local Government level held by women. Women hold 15 out of the 58 senior positions in Munster representing a 26% ratio and 9 out of 31 in Connacht which bring it in at 29%.

Dublin has by far the most balanced management teams at Local Government level with a 48% female representation. This includes the Dun Laoghaire, Rathdown Council where 7 out 9 of the Director of Services are female and the Chief Executive is a woman.

Deputy Troy said, “This data speaks volumes about the priority being placed by the Government to ensure real gender equality in positions of authority across Ireland. Local Government is crucial to the operation of our cities, towns and counties and it employs thousands of people nationwide, both men and women. What is surprising is the Government speaks out nationally about fighting for equality but yet ignores the fact that, under their watch, the gender imbalance of managers and directors within our County Councils sits at 28%/72%. This needs to be addressed.

“It is imperative that the Government act on this information and outline their plan to bring fairness and equality. There should be no reason for such low numbers as hundreds of extremely capable women work in our City and County Councils, so it is not a question of talent or resources”.

“As we know from politics, it can take time to bring about change and, in particular, effective change in terms of a gender balance.However, as well as politics, change needs to be felt right across the country at industry level and within the public service. Local Government is one of the biggest public sector employers and that is why the Government needs to step up and inform the public of their plan to deliver equality at management level. They need to lead by example if they truly want to effect change”.