Borris Viaduct plans will include 'disability lift, safety fence and ivy taken away'

Councillors say it is important to talk up south Carlow 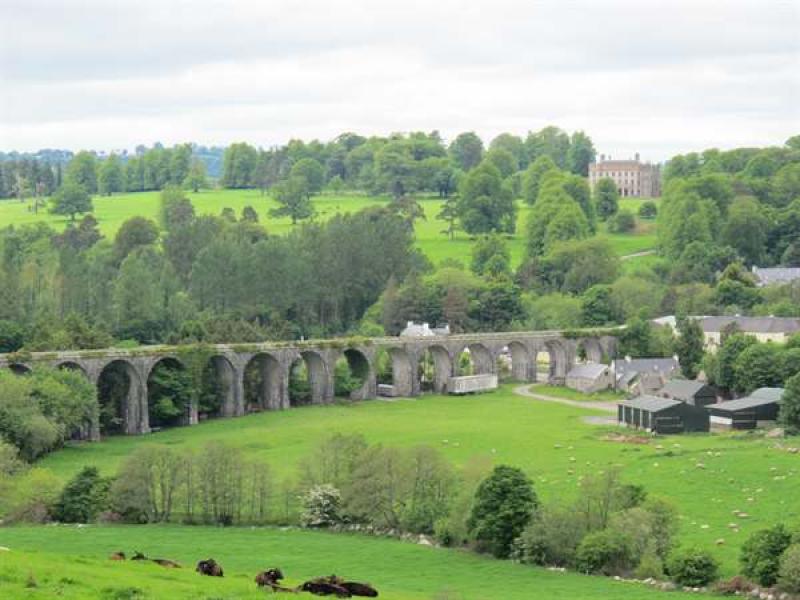 Borris Viaduct plans will include a "disability lift, safety fence and ivy taken away" after a sum of €654,820 has been allocated for the project.

The restoration of the 800m Borris Railway Viaduct in Carlow has been included in a €1billion spend under the Regeneration and Development Fund.

The plans will link the Borris Railway Viaduct to amenities in Borris town, will improve access and will re-surface the viaduct for use as a walk and cycleway.

New details on the works to be carried out have been revealed by Cllr Willie Quinn - who was involved in securing the funding for the site.

He said: "There will be a disability lift at the Vocational School side of the site, there will be steps, railings, a new surface, lighting, a safety fence, trees causing difficulties will be removed, ivy taken away.

"There are four stages to the project and we're at stage one now. It's a massive project for south Carlow."

The specific objectives of the project are to provide a new amenity and tourism facility for the Borris area and the broader Blackstairs Mountain region.

Cllr John Murphy said people can't say there is no funding for south Carlow and "it's important we talk it [south Carlow] up".

"If we say there's nothing, that'll rub off, we need to talk up the county," he told a meeting of Bagenalstown Municipal District.

Cllr Denis Foley said the funding was "great for the town" while Cllr Arthur McDonald said Cllr Quinn deserved any praise he got for the funding allocation.

The project was endorsed by elected members in the Bagenalstown MD and approved by the County Council and Part 8 planning is in place.

The executive are currently reviewing the proposed design and have engaged the services of Margaret Quinlan who has specialism in conservation and Aidan Nolan & Associates Quantity Surveyor in order to bring the project to the next stage.

It is envisaged that the project will commence in 2019.